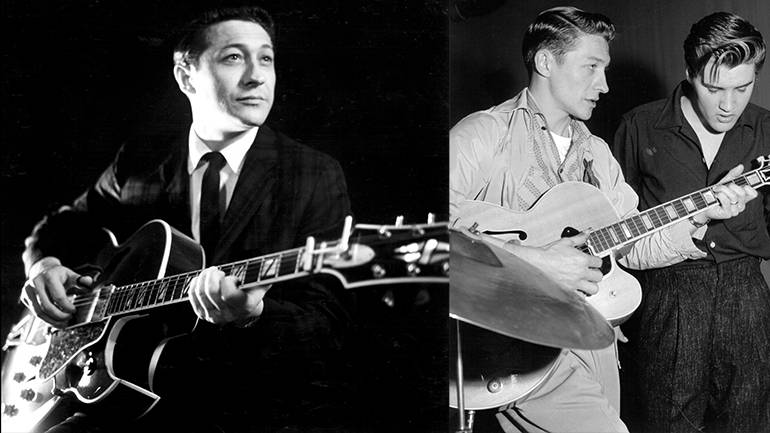 BMI is mourning the loss of groundbreaking rock guitarist Scotty Moore, who died Tuesday in Nashville at age 84. A pivotal collaborator of Elvis Presley, Moore practiced a signature rockabilly style that became an inspiration for generations of rock guitarists to follow. As part of the Blue Moon Boys, alongside bassist Bill Black and producer Sam Phillips, Moore flanked Presley on his recordings of rock and roll standards like “Jailhouse Rock,” “Blue Suede Shoes,” his storied rendition of “Hound Dog,” among many others. Moore was inducted into the Rock and Roll Hall of Fame in 2000, and the Memphis Music Hall of Fame in 2015. BMI extends its deepest sympathies to the family, friends and fans of this genuine rock and roll legend.