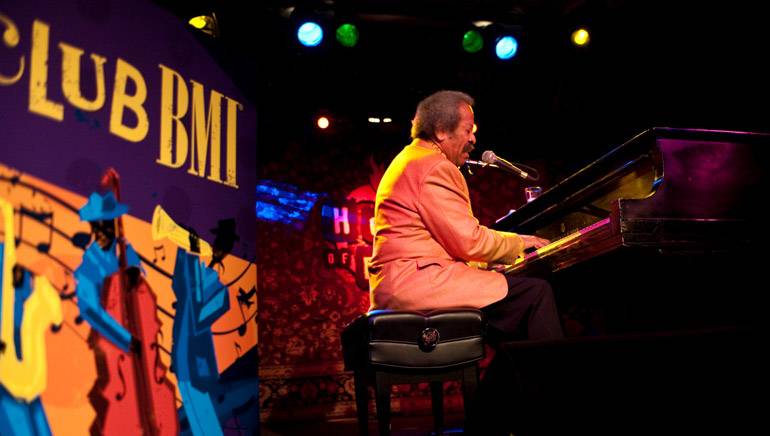 BMI mourns the loss of longtime BMI affiliate Allen Toussaint, who passed away yesterday at the age of 77. Hailed as a gifted, prolific and versatile producer, songwriter, pianist and singer who was a fixture of New Orleans R&B, Toussaint also had his music covered widely by many other musicians. Al Hirt’s 1964 hit “Java” was penned by Toussaint, “Fortune Teller” was recorded by the Who and the Rolling Stones, among others, “Working in a Coalmine” was a hit for Lee Dorsey, and “Southern Nights” became an incredible mega hit for Glen Campbell. Toussaint’s work also includes collaborations with Elvis Costello, Patti LaBelle, the Pointer Sisters, Bonnie Raitt, Aaron and Art Neville, Eric Clapton, Joe Cocker, The Band, Little Feat, Devo, Ernie K-Doe, Irma Thomas, Etta James, and of course, fellow New Orleans sage Dr. John. An inductee of both the Songwriter and Rock and Roll Halls of Fame, the New Orleans legend also co-founded the renowned Sea-Saint Studios in 1972, used to record the music of many other noted creators, including Paul Simon and Paul McCartney, to name but a few.

Toussaint, who worked tirelessly to help rebuild New Orleans after Hurricane Katrina, will be sadly missed by his friends and colleagues at BMI.