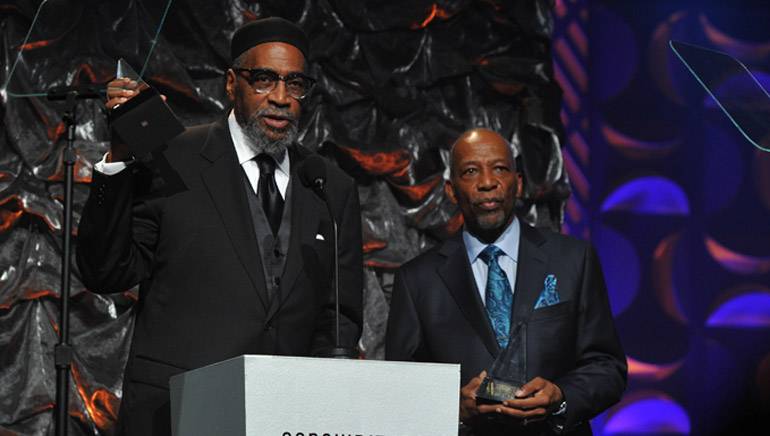 Beneath the glimmering chandeliers of the New York Marriot Marquis hotel ballroom, the evening of June 13 was one dedicated to celebrating some of the finest songwriting legends of our time. Music icons Ray Davies, Donovan, Graham Gouldman and Mark James were inducted into the Songwriters Hall of Fame; Dan Reynolds of Imagine Dragons received the organization’s Hal David Starlight Award; and the organization’s highest honor, the Johnny Mercer Award, was bestowed upon the incomparable songwriting team of Kenneth Gamble and Leon Huff.

In addition, guests that night saw former BMI President and CEO Del Bryant humbly accept the prestigious Visionary Leadership Award. As the second recipient of the award, Bryant was honored for his significant contributions in furthering the ongoing mission of the Songwriters Hall of Fame – to preserve the legacy of great songwriters while developing and encouraging new ones to make their mark in future generations.

One day your name could be among these music makers! The Songwriters Hall of Fame’s first-ever Song Competition has extended the deadline to enter to September 22, 2014. Open to all, BMI writers can take advantage of this opportunity, plus discounts, at http://www.songhall.org/.