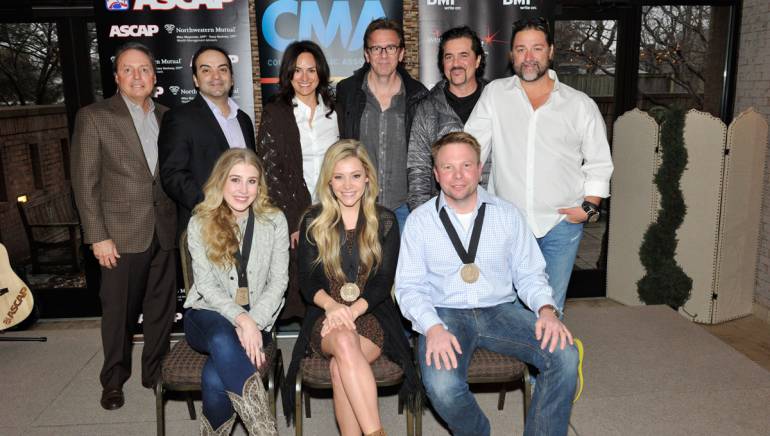 Music industry notables gathered at the Country Music Association’s headquarters in Nashville to celebrate Maddie & Tae’s chart-topping hit, “Girl In A Country Song,” written with BMI songwriter and co-producer Aaron Scherz. It was a special celebration, as this was the first number one hit for all of the song’s three co-writers. Hailing from Houston, Texas, Scherz has been in Nashville since 1999 and has written songs for Matt Kennon, Tracy Lawrence, Joanna Smith and Greg Bates. He runs the studio RowTop, where he produces demos and independent projects.