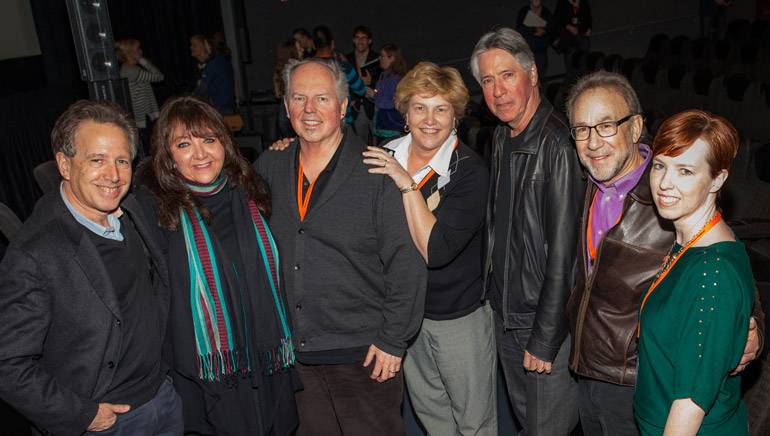 Film and music fans alike in Chattanooga, TN, flashed back to nostalgic movie moments at this year’s Chattanooga International Film Music Festival. Featured were works by prolific BMI film composer Alan Silvestri, BMI composer and Artistic Director of the CIFMF, George S. Clinton, and BMI composer and Sundance Film Music Program Director Peter Golub, among others. The festival, which ran from February 28 to March 2, also offered a special screening of Singing in the Rain, with the musical portions played live by the Chattanooga Symphony while all other recorded sound was included as the film was viewed. Other highlights were a Hooray for Hollywood concert, which featured suites of the composers conducting their own works from films like Back to the Future and Austin Powers, as well as sneak peeks into the Chattanooga Symphony & Opera’s rehearsals. In addition, an informative panel on behind the scenes composing for music in films was moderated by BMI’s Vice President Film & TV Relations, Doreen Ringer-Ross.