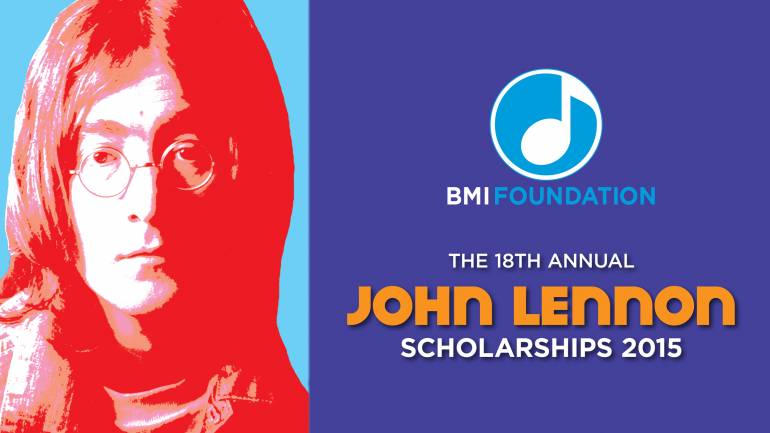 The BMI Foundation, a nonprofit corporation founded in 1985 to support the creation, performance, and study of music through awards, scholarships, commissions, and grants, has announced the opening of the 18th annual John Lennon Scholarships competition. The 2015 competition will award three scholarships totaling $20,000 to U.S. college-student songwriters for the best original songs submitted.

Established in 1997 by Yoko Ono in conjunction with the BMI Foundation, these annual scholarships honor the memory of one of the preeminent songwriters of the 20th century, John Lennon. Made possible through generous donations from Ono with matching funds from Gibson Musical Instruments, the program has awarded more than $360,000 to young songwriters over the last seventeen years, developing a reputation as one of the most prestigious songwriting competitions in the nation.

In the announcement, Samantha Cox, Vice President of the BMI Foundation and Director of the competition, noted that the program is open to U.S. college students and alumni/alumnae ranging in age from 17 to 24. All lyrics and music must be original; the deadline for entries is February 27, 2015. For the first time this year, applications to the John Lennon Scholarship must be completed online. Competition rules and applications are available on the Foundation’s John Lennon Scholarship page.