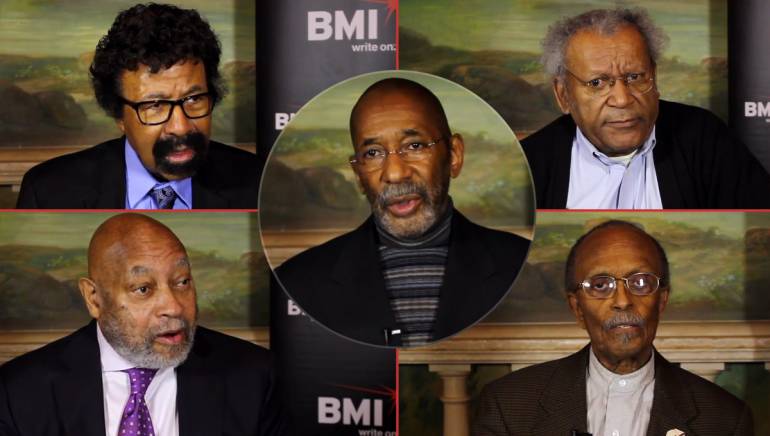 Nearly thirteen years have passed since legendary musician/producer Quincy Jones helped the Smithsonian’s National Museum of American History introduce the Jazz Appreciation Month (JAM) initiative at a press conference in July 2001. The program spends each April celebrating the genre’s history, heroes and future with one month of special jazz-centric events. The official Smithsonian schedule of events annually includes themed exhibits created from the museum’s incredibly thorough collection of jazz recordings, oral histories and artifacts, as well as panel discussions, master classes and Jazz Masterwork Orchestra concerts. Musing on the program’s creation, founder John Hasse says, “My thought was that jazz is a tremendously important part of America’s cultural contributions to the world, and it needed more public understanding and appreciation.” And that is exactly what has happened.

Now recognized annually in all 50 states and in countries around the world, Jazz Appreciation Month has grown to a scale and scope worthy of the genre it celebrates. “It prompted the creation of International Jazz Day (April 30),” Hasse notes. “More than two million JAM posters have been distributed to music educators, libraries, schools, concert halls, and radio stations, and to every U.S. embassy and consulate around the world, to uncounted people around the globe. The posters have become collectors’ items.”

The 2014 installment of Jazz Appreciation Month is already in swing, and kicking off festivities this year is a new exhibit at The Smithsonian’s National Museum of American History celebrating the 50th anniversary of John Coltrane’s classic album A Love Supreme. The exhibit centers around donations from Coltrane’s son Ravi and noted jazz culture photographer Chuck Stewart. JAM events by state are visible here, and for more ideas, the Smithsonian has published 112 Ways to Celebrate Jazz.

Broadcast Music, Inc. celebrates jazz both during Jazz Appreciation Month and the rest of the year, constantly working to preserve and ensure the future of iazz as a viable and rich genre. BMI’s jazz roster has included some of the genre’s most important players:  Innovators such as Miles Davis and Dave Brubeck, improvisers like Ornette Coleman and Sonny Rollins and renowned vocalists Anita O’Day and Betty Carter. In fact, more than 80 of the honored Jazz Masters since its inception in 1982 call BMI home. To support the future classes of Jazz Masters, BMI hosts the BMI Jazz Composers Workshop, a program providing a place for developing jazz composers to collaborate on writing, better their technical skills and expand their musical horizons.

As for JAM in years to come, the program’s creator is optimistic: “Studies show that it takes five or six impressions for an idea or product to really lodge in people’s brains.  So that as each year people hear about JAM, more and more it will become part of their consciousness.  It took Black History Month 92 years to become as visible and indelible part of the American calendar, and with only 13 years under its belt, JAM is doing well, with a promising future.”

As a part of BMI’s Jazz Appreciation Month celebration, we would like to share these conversations with some of the genre’s most legendary and interesting players. Among the videos below, you will find a dedicated educator, one of the world’s most recorded jazz bass players, master musicians and much more, all recorded at the 2014 Jazz Master Awards Luncheon in New York City. The BMI sponsored event, now in its 6th year, honors the recipients of the prestigious NEA Jazz Master title in a more intimate setting on the afternoon of the official awards ceremony and concert. This year’s celebrations took place on January 13, and a video stream of the entire concert is still available here.

David Baker is the most celebrated and respected jazz educator in America today. A composer of renowned compositions both in the classical music and jazz field, he has more than 500 commissions from organizations as diverse as the New York Philharmonic, the Louisville Symphony and the Fisk Jubilee singers. He served until recently as Musical Director of the Smithsonian Jazz Masterworks Orchestra, one of the nations leading large jazz ensembles. He is Distinguished Professor of Music at the Indiana University School of Music in Bloomington, Indiana, and is Chairman Emeritus of the Jazz department. Named an NEA Jazz Master in 2000, Baker’s perspective on the role of jazz in the fabric of American music, and BMIs place in that role, is unparalleled.

Anthony Braxton, a member of the 2014 class of the NEA Jazz Masters, is a BMI composer, multi-talented musician and a leading intellectual in the examination of the role of music in world culture. He is an acknowledged master of more than a dozen reed instruments and the piano, and the pioneer of a new form of musical notation that reflects his seminal work in the philosophy of music. His prodigious recording career includes work with an honor roll of jazz royalty including Chick Corea, Dave Holland and Muhal Richard Abrams, among others. In 1994, he was the recipient of a coveted MacArthur genius fellowship.

Kenny Barron is widely regarded as one of the top jazz pianists in the world. He is known by musicians in the jazz community and the public at large as one of the most lyrical piano players of our time. Named an NEA Jazz master in 2010, Barron has worked alongside of Roy Haynes, James Moody, Dizzy Gillespie, Stanley Turrentine, Milt Jackson, Buddy Rich, and Stan Getz. He has more than 100 widely performed works in his BMI catalog, and is a leading interpreter of the work of BMI composing legend Thelonious Monk.

Ron Carter, a BMI composer since 1962, is one of the most recorded bassists in jazz history, with more than 2,500 albums to his name. Named an NEA Jazz Master in 1988, Carter rose to fame as a member of the legendary Miles Davis Quintet in the early 1960s, where he played alongside Herbie Hancock and Wayne Shorter. He has led an impressive spectrum of ensembles over the last 20 years. He is a GRAMMY winner for Best Jazz Instrumental Group, as well as for some of his original compositions of film music.

Jimmy Heath is one of America’s most respected elder statesman of jazz; a brilliant instrumentalist, a celebrated composer, arranger and bandleader. He has performed with a galaxy of jazz greats over the past 50 years, from Dizzy Gillespie to Miles Davis to Winston Marsalis. One of his earliest big bands as a leader included such legends as John Coltrane, Benny Golson, Charlie Parker and Max Roach. A noted jazz educator, he has more than 100 albums to his credit, including more than a dozen as a leader, including the 2014 release Togetherness for Jazz Legacy.

Wayne Brown has been a major force for the development of jazz at the National Endowment for the Arts for more than 16 years. As Director of Music and Opera, he conceived and launched the Jazz Masters Initiative, an expansion of the NEA Jazz Masters Fellowships program, which since 1982 has recognized more than 100 legendary musicians and composers who have made extraordinary contributions to American culture. Under Brown’s leadership, the Jazz Masters Award has become acknowledged as the nation’s highest award in jazz. In February, he assumed a new position as President and Chief Executive Officer of the Michigan Opera Theatre in Detroit.