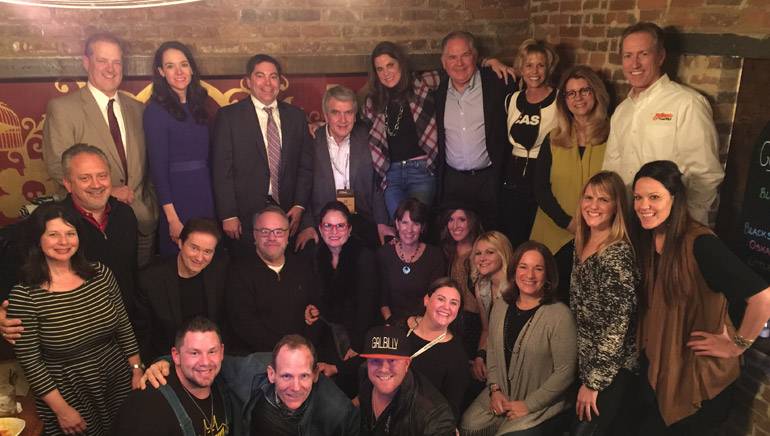 BMI hosted an intimate dinner for the radio executives that were in Nashville recently (2/8/16) for the Country Radio Seminar, the annual conference that brings the broadcasting and country music industries together for three days of educational sessions and entertainment. The dinner was followed by musical performances from two talented BMI-affiliated duos: Whiskey Rose and Trailer Choir. Whiskey Rose, made up of Skye Claire and Kristen Kuiper, performed several news songs that are part of their upcoming project while Trailer Choir’s “Big Vinny” Hickerson and Marc “Butter” Fortney cranked out some of the hits that brought them to the top of the Billboard charts, including the ever popular “Rockin’ the Beer Gut.” The popular twosome also performed their new single, which will be released to radio shortly.