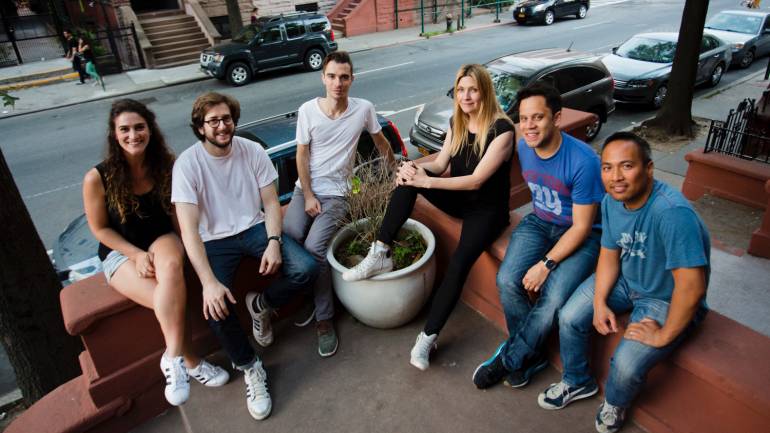 During the last several years, many East Coast songwriters migrated to California to begin their careers. What may be less well-known is that there is a talented community of songwriters and producers based in New York City, a fact BMI was proud to showcase through its recent effort to re-establish the Big Apple as a hub for the music community. In partnership with the Patch House, a safe haven and creative space for touring musicians, BMI recently hosted its inaugural East Coast song camp for emerging songwriters/producers from New York and Los Angeles at the Patch House in Brooklyn.

This camp offered a unique opportunity for BMI to nurture emerging songwriters and producers living and working in NYC, while connecting them with those from L.A. The Patch House provided free housing and studio space, so that the music creators from both coasts could hone their skills by participating in daily writing sessions and collaborating on new material. Attendees of the three-day program included BADDLUCK, Ben Schofield, Brian Kierulf, Carlo Colasacco, Daytrip (David Biral and Denzel Baptise), David Pramik, Greg Seltzer, Hillary Bernstein, Larzz, Mike Campbell and Michael Pollack. BMI songwriter and previous BMI Pop Songwriter of the Year Claude Kelly also joined the group as a guest mentor. The multiple GRAMMY-nominated New York-bred songwriter/producer has written many hit songs including “Party in the USA” by Miley Cyrus and “Grenade” by Bruno Mars, among many others.

New York City-based songwriter, Mike Campbell, commented, “By creating opportunities like this to collaborate and bond with fellow L.A. writers here in New York, I think it strengthens the songwriting community as a whole, and also shows, in a really hands-on way, that New York is still a place where music is happening every day.” Songwriter BADDLUCK from Los Angeles added, “It was such a great opportunity to meet incredible writers and be in a new creative space like the Patch House. Everything was so well organized and put together; all we had to worry about was making great music. I’m so grateful for everything BMI does and continues to do for their writers.”