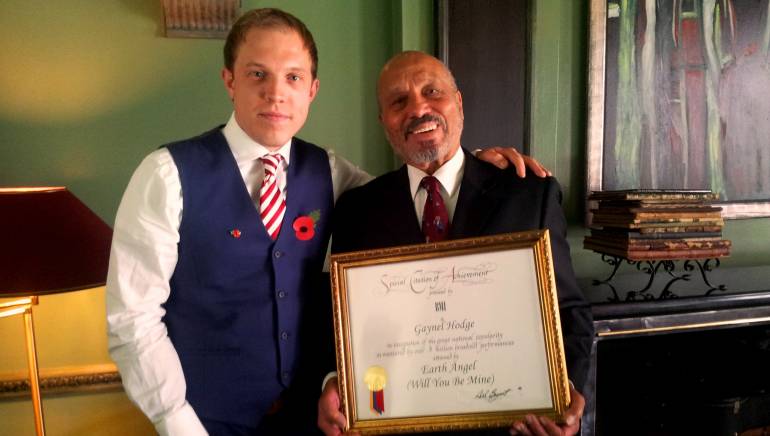 Broadcast Music, Inc. recording artist, songwriter and pianist Gaynel Hodge stopped by BMI’s London office recently to be honored with his Million-Air Award for the song “Earth Angel (Will You be Mine).” The megahit, which he co-wrote in 1954, was originally performed by the Penguins and has achieved an astounding three million broadcast performances in the U.S. to date. Currently featured in the hit jukebox musical Jersey Boys, the song was one of 50 recordings chosen by the Library of Congress in 2004 to be added to the National Recording Registry. Gaynel was a founding member and musical director of such successful groups as the Platters, the Turks, and the Hollywood Flames.