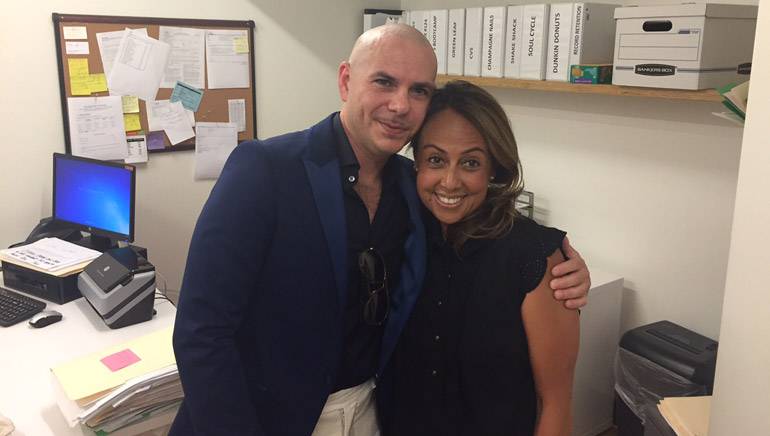 Earning yet another accolade on his climb towards global supremacy, Latin pop superstar Pitbull (Armando Christian Perez) was honored with a star on the Hollywood Walk of Fame on Friday, July 15.  As a versatile rapper, songwriter and producer, Pitbull is a multiple GRAMMY-winning music creator and BMI President’s Award recipient responsible for more than 20 Top 40 singles over the past decade, spanning hip-hop, pop, electronic dance music and beyond. His forthcoming tenth album, Global Warming, is poised to further cement the ambitious songwriter’s status as “Mr. Worldwide.” 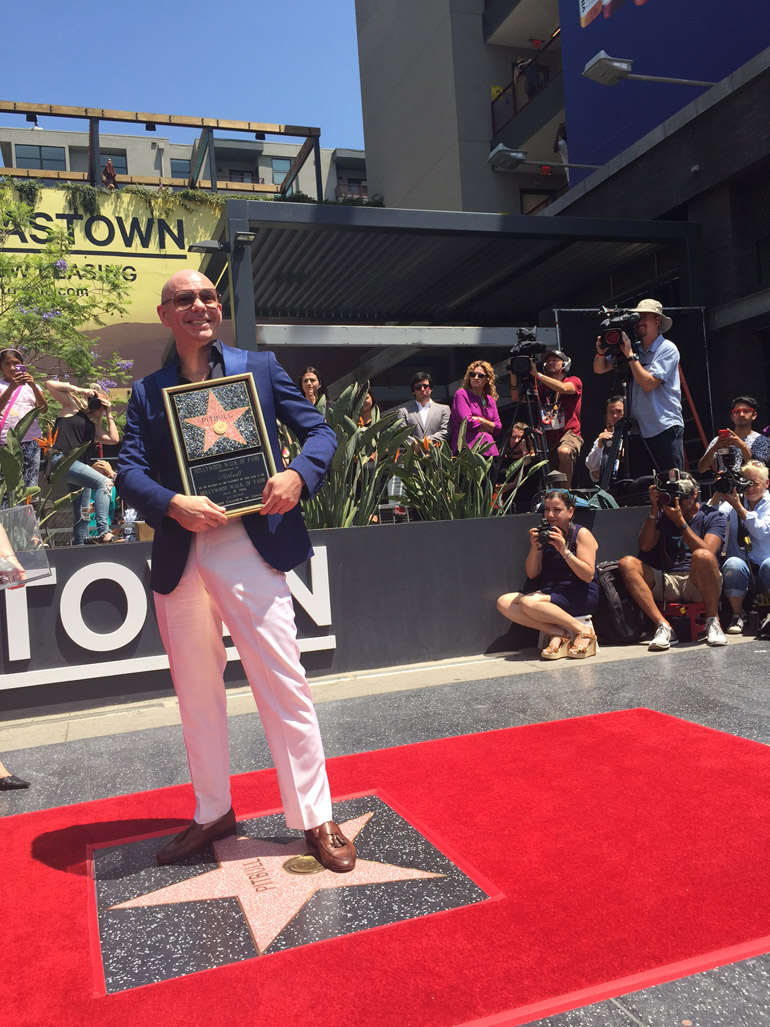 Pitbull accepts his star on the Hollywood Walk of Fame.