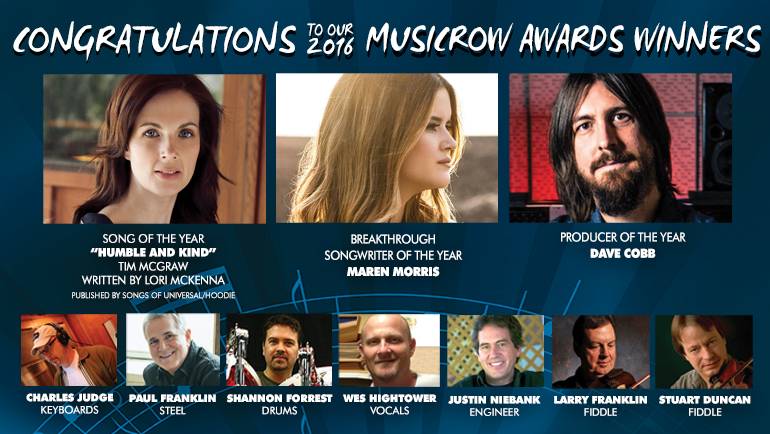 BMI songwriters captured several top awards on June 29 at the MusicRow Awards! Leading the charge were Lori McKenna, who walked away with Song of the Year for “Humble and Kind,” which was recorded by Tim McGraw and published by Songs of Universal/Hoodie; Maren Morris, who was crowned Breakthrough Songwriter of the Year; and Dave Cobb, who snagged Producer of the Year. Top instrumentalists included BMI affiliates Charles Judge for keyboards, Paul Franklin for steel, Shannon Forrest for drums, Larry Franklin and Stuart Duncan for fiddle, Wes Hightower for vocals and Justin Niebank, who was named top engineer.