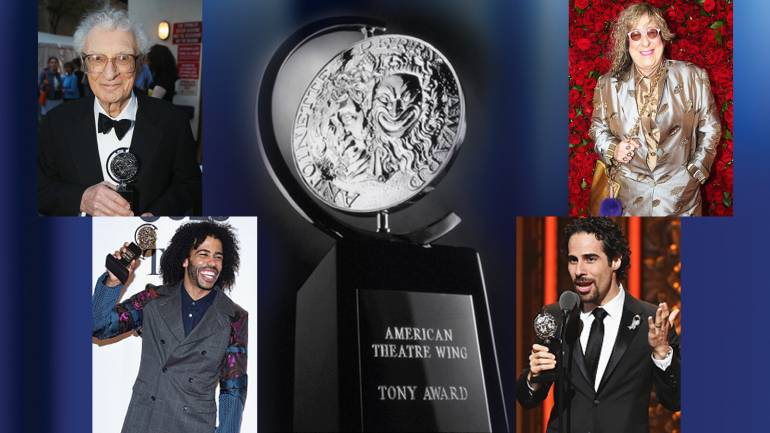 BMI is proud of its affiliates who were honored for their work for the stage at last night’s 2016 Tony Awards in New York City. Megahit musical, Hamilton, was the evening’s big emphasis, earning awards for Daveed Diggs for Best Featured Actor in a Musical and Alex Lacamoire for Best Orchestrations. A special Tony Award for Lifetime Achievement in the Theatre was also bestowed on longtime BMI affiliate and storied lyricist Sheldon Harnick, most renowned for his work in Fiddler on the Roof, She Loves Me and many others.

The winners were announced in a live telecast from the Beacon Theatre on the Upper West Side of Manhattan in New York City, with appearances by both on- and off-Broadway actors and actresses. Congratulations to all.

BEST REVIVAL OF A MUSICAL
“The Color Purple,” Allee Willis