BMI’s Conducting Workshop recently celebrated 10 years of teaching composers the art of conducting musical scores. BMI Classic Contribution Award-winner, conductor and composer Lucas Richman once again led the program. Conducting for the Film Composer is a two-week course taught by Richman and designed for eight BMI composers who seek to refine their conducting skills. The class is taught at the American Federation of Musicians Local 47 in Hollywood, CA and is free to the accepted participants. 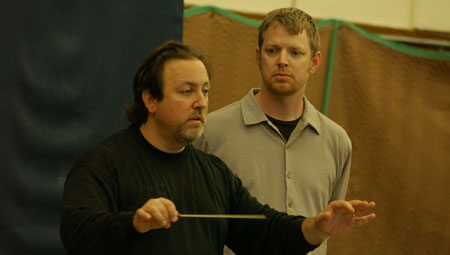 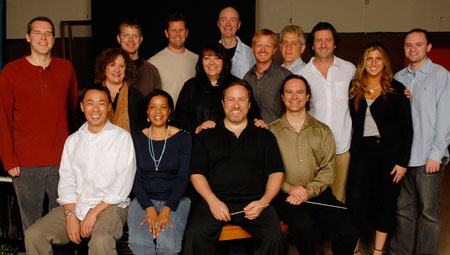 BMI recently recognized accomplished conductor and composer Lucas Richman with the 2007 Classic Contribution Award for 10 years of service leading BMI’s celebrated Conductor’s Workshop. A BMI composer, Richman has led the workshop since its inception. Presently Music Director and Conductor for the Knoxville Symphony Orchestra, Richman is a leading expert in conducting and composing, having fashioned an outstanding career as a conductor with numerous symphonies and orchestras in the U.S. as well as collaborator with numerous film composers as their conductor for such films as the Academy Award-nominated As Good As It Gets, Face/Off, Seven, Breakdown, Anastasia and The Village.