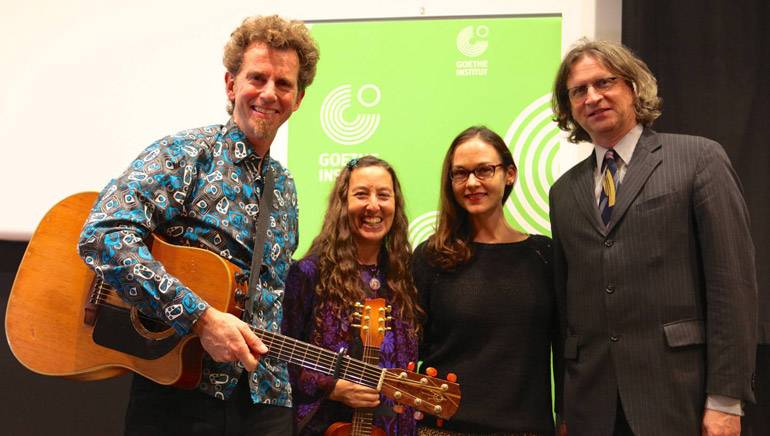 The Consulate General of Germany hosted a special sneak-peek screening of Go with Le Flo on February 24, 2014, at the Goethe-Institut Los Angeles. The romantic comedy, in German and French with English subtitles, was shot in Berlin by award-winning filmmakers and composers Robyn Rosenkrantz and Michael Glover from the band Bright Blue Gorilla. The screening also included a live musical performance by the band followed by a reception. Go with Le Flo will have its world theatrical premiere at the Downtown Independent in Los Angeles from April 11- 24, 2014. For more information, please visit: http://www.gowithleflo.com.