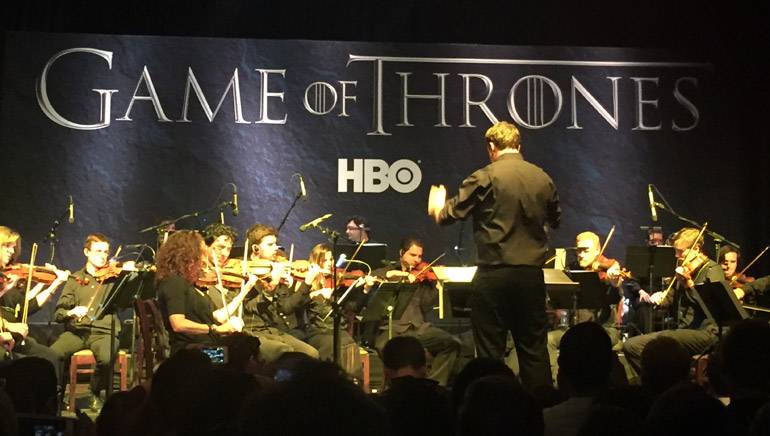 Performance of Ramin Djawadi’s score to “Game of Thrones” at the Hollywood Palladium.

The Hollywood Palladium in LA was the place to be on August 8 for fans of HBO’s hit Game of Thrones. The announcement of the show’s live concert series and performance featuring the music of Ramin Djwadi, who wrote the score, thoroughly captivated the enthusiastic audience after Isaac Hempstead Wright, who plays Bran Stark in the series, moderated an equally lively Q&A with the BMI composer.

The concert’s arena tour, which starts February 15, 2017, will feature Djawadi conducting an 80-piece orchestra and choir through some of the series’ best-loved themes on a 360-degree stage while elements of the fantasy epic come to life through special effects, including LED telescoping and wall screens with special 3D designs rising from the stage floor. Tickets go on sale August 13 via www.livenation.com.