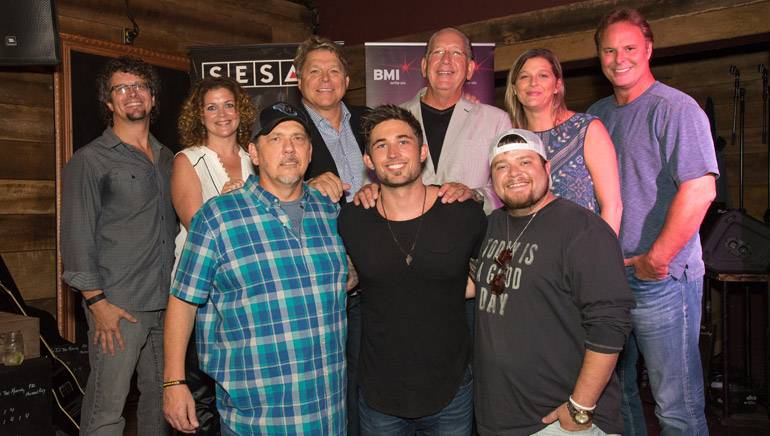 Family, friends and music industry executives gathered at Nashville’s South venue Monday afternoon to celebrate the #1 hit, “Kiss You In The Morning,” written by BMI writer Michael White with Justin Wilson and performed by BMI affiliate Michael Ray. The tune was the first chart-topper for Michael Ray, who released the track off his debut self-titled album, and the second for White, who has had cuts by Alan Jackson, Billy Currington and Blake Shelton. Ray has followed this smash hit with his current single “Real Men Love Jesus,” which is climbing the charts now.