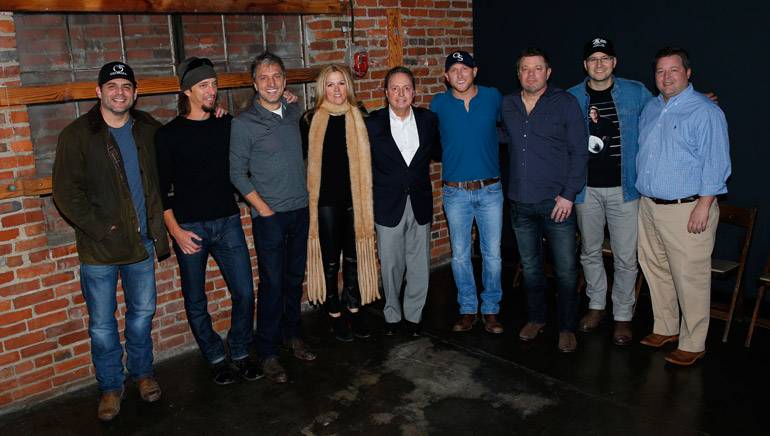 Broadcast Music, Inc. celebrated some of its top songwriters February 3, 2015, at the Country Music Association’s Songwriters Luncheon, which included the presentation of the Triple Play Awards, given to songwriters who pen at least three chart-topping hits in a 12-month period. Seven of the fourteen songwriters honored are BMI writers; among them is Rodney Clawson, who had a whopping six number one songs in 2014, and BMI’s 2014 Country Songwriter of the Year, Rhett Akins. Also included in BMI’s seven triple play award winners are Brett and Brad Warren, known as the Warren Brothers, who have had cuts by Martina McBride, Faith Hill and Tim McGraw, and Cole Swindell, who is nominated for New Artist of the Year by the Academy of Country Music. Luke Laird, also an honoree, is a prolific songwriter, who won a GRAMMY for his production work on Kacey Musgraves’ breakout album Same Trailer, Different Park. Congratulations to all BMI’s Triple Play winners!