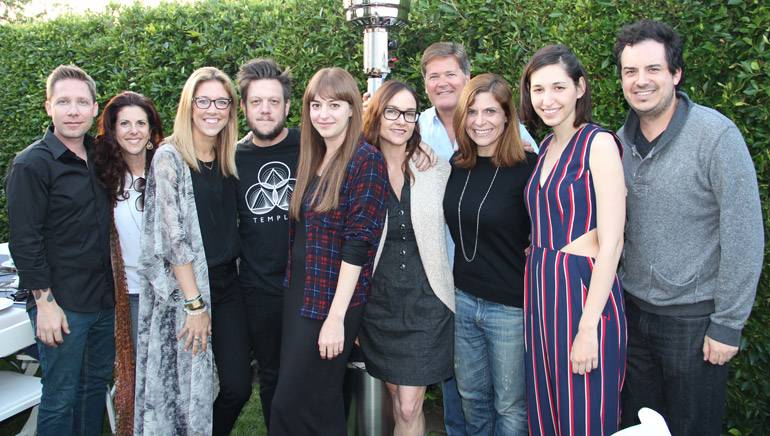 Sync THIS! - an exclusive invitation-only event that originated out of BMI’s Nashville office three years ago, recently completed its first Los Angeles edition, put together by BMI, Capitol CMG and Secret Road. With the aim of securing placements and building relationships for BMI affiliates, the forum connects top music supervisors from the worlds of film, television and advertising with BMI talent. The LA edition included a dinner prepared by Texas pitmaster Scott Davis, who treated the music supervisors, BMI writers and industry attendees to his smoked and sauced southern specialties. The evening was capped off with featured performances by BMI singer–songwriter Lucy Schwartz and Avid Dancer.

This summer, in association with Downtown Music Publishing, Warner Chappell Production Music, Capitol CMG, City National Bank and 12th Table, BMI’s Nashville edition of Sync THIS! will again bring together top music supervisors, talent and music industry tastemakers to showcase the new Nashville, from the incredible new restaurants and chefs to the rocking bands. On August 11, this event will feature an invitation-only pop up dinner at POP with house chef Daniel Herget and restaurateur/chef Sarah Gavigan, followed by an open to the public showcase of BMI performers DeRoberts and the Half Truths, Muddy Magnolias and Tony Joe White at the Basement East. On August 12 at 11 a.m., Sync THIS! will feature a panel discussion, which is also open to the public but with RSVP required, to be held at BMI’s Nashville office. The evening will include another invitation-only dinner, this time at award-winning author, prominent TV personality, active philanthropist and James Beard Award of Excellence winner Chef Maneet Chauhan’s new restaurant Chauhan Ale House. Following will be another open to the public showcase to include NF, Lees of Memory, along with special guests at Music City’s High Watt venue.

For more information on the upcoming showcases and discussions, please look for updates at www.syncthisnashville.com.