The International Bluegrass Music Association recently revealed the nominees for the 2008 IBMA Awards, and BMI artists, songwriters and musicians dominate the elite list. New duo Dailey & Vincent underscored the strength of their phenomenal breakout year with the most nods, while mainstays including Blue Highway and Dan Tyminski reaped the benefits of artistic chances and innovation. Awards will be presented during the organization’s 19th annual ceremony, slated for Thursday, October 2. Hosted by icon Del McCoury, the event will return the historic Ryman Auditorium in Nashville. 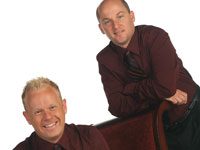 For their first trip to the IBMA Awards together, Jamie Dailey and Darrin Vincent of Dailey & Vincent amassed a jaw-dropping ten nominations, including Entertainer, Male Vocalist nod for Jamie, Vocal Group, Emerging Artist and Album of the Year. New as a duo but familiar to the world of bluegrass, Dailey honed his skills under Doyle Lawson while Vincent proved an adroit apprentice of Ricky Skaggs. Two Song of the Year nods for tunes “More Than a Name on a Wall” and “By the Mark” added to the pair’s stunning nomination tally. 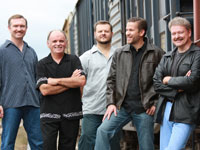 Musician powerhouse Blue Highway assumed production and key songwriting responsibilities for their latest release, Through the Window of a Train, and the resulting project emphasized the group’s virtuosity and versatility. Album, Vocal Group, Instrumental Group and title track Song of the Year nods number among the band’s six nominations. Members Tim Stafford and Rob Ickes earned individual nods for Guitar and Dobro Player of the Year, respectively. With nine awards lining his shelves, longtime BMI songwriter Ickes is the most awarded instrumentalist in IBMA history. 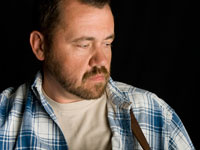 Esteemed guitarist and vocalist Dan Tyminski also garnered six nominations. Known to many as the guitarist for Alison Krauss and Union Station and the George Clooney’s canorous singing voice in O Brother, Where Art Thou?, Tyminski’s solo work over the past year with the Dan Tyminski Band earned a Male Vocalist of the Year nod – an award Tyminski swept for three consecutive years in 2001, 2002 and 2003. Members of the band earned a slew of individual nominations as well, including Barry Bales for Bass, Adam Steffey for Mandolin and Ron Stewart with dual nominations for Banjo and Fiddle Player of the Year.

As the 2008 recipient of the genre’s highest honor, BMI songwriter Bill Clifton will take his place in the International Bluegrass Music Hall of Fame. Clifton’s profound legacy rests proudly upon the creation of a strong European bluegrass fanbase and a songwriter catalog that includes “Mary Dear,” “Little White Washed Chimney,” “Walking In My Sleep,” “Going Back To Dixie,” “Blue Ridge Mountain Blues” and “Are You Alone.”

Through The Window Of A Train
Blue Highway
Produced by Blue Highway, Rounder Records

The Past Is Present
Recorded and produced by Jason Barie, Pinecastle Records

When At Last
Recorded and produced by Russ Barenberg, Compass Records

BLUEGRASS BROADCASTER OF THE YEAR
Terry Herd; Into the Blue, Bluegrass Radio Network