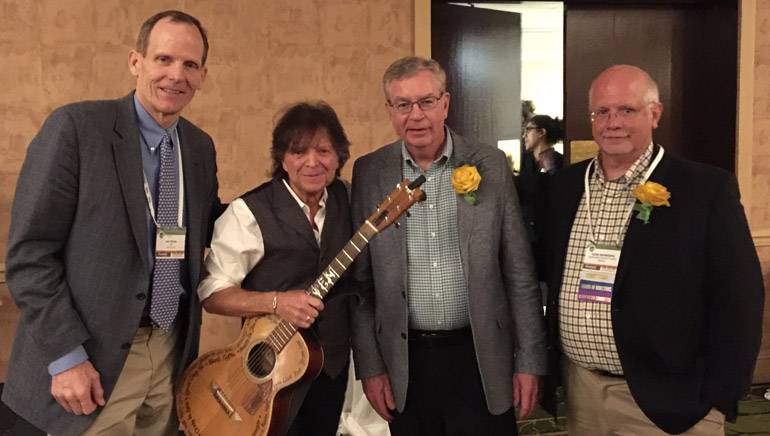 Legendary BMI songwriter Even Stevens was the featured performer at the Vermont Retail and Grocers Association’s Annual Convention & Expo held recently (4/30) in Burlington. Stevens, who was inducted last year into the Nashville Songwriters Hall of Fame, performed some of his biggest hits and told the stories of how they were created in front of hundreds of owners and managers of retail establishments and grocery stores from across the Green Mountain State. Having written more than 20 number one songs, Stevens is also the recipient of an incredible 54 BMI awards, along with many other accolades. His biggest hits include Eddie Rabbitt’s “I Love a Rainy Night” and “Drivin’ My Life Away,” as well as “When You’re in Love with a Beautiful Woman,” which was recorded by Dr. Hook.