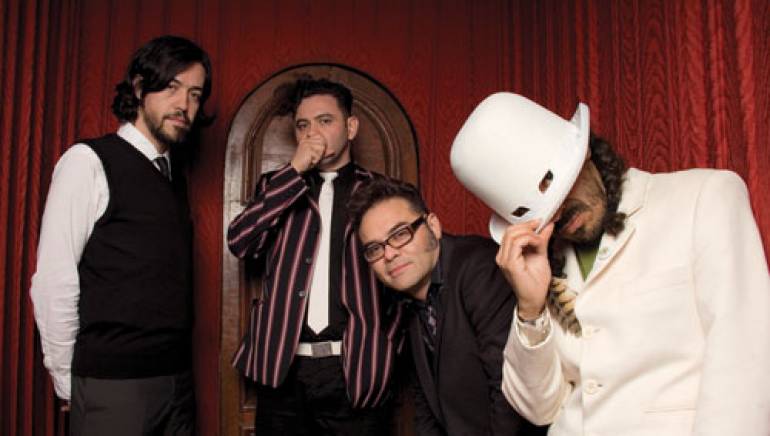 BMI artist/songwriters captured a slew of the 2008 Latin Grammy nominations, announced recently in Los Angeles. The fastest-growing format in the country, Latin music continues to commandeer the mainstream spotlight, thanks to both established favorites and promising new voices.

2008 BMI Latin Icon Gustavo Santaolalla received five nominations. Prolific producer, musician and composer, Santaolalla earned two nods in the Record of the Year category, as producer of Café Tacvba’s “Volver A Comenzar” and Juanes’ “Me Enamora”; two more nominations under the Album of the Year umbrella as producer of Café Tacvba’s Sino and Juanes’ La Vida…Es Un Ratico; and one nod in the Best Short Form Music Video field for Bajofondo’s “Pa’ Bailar” as a member of the group.

Mexican singer/songwriter Julieta Venegas earned a four nominations: Record and Song of the Year for “El Presente” and Best Alternative Album and Best Long Form Music Video for her contribution to the MTV Unplugged series.

International superstar Gloria Estefan added three more nominations to her career collection. The Academy also dubbed her the 2008 Latin Recording Academy Person of the Year, and a presentation highlighting her achievements will be part of the Latin Grammy ceremony in November. Estefan is the first woman to receive the honor.

The 9th Annual Latin Grammys are slated for November 13 in Houston and will be broadcast live on Univision.