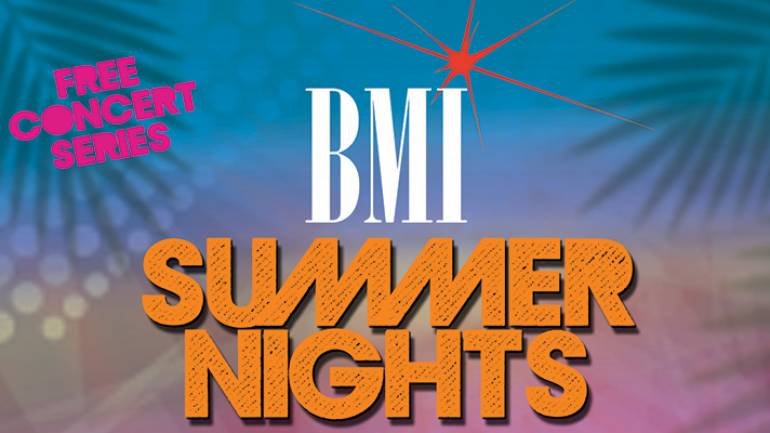 Again this year, BMI and the Levitt Pavilion in Pasadena, CA, will present “BMI Summer Nights,” two free Latin concerts featuring performances by Latin rock, alternative, pop and indie singer-songwriters, including El Conjunto Nueva Ola, Stefano Vieni, Sin Color and ¡APARATO! Both concerts will take place at 8:00 PM, with the first round of performances to be held August 26, showcasing the work of El Conjunto Nueva Ola and Stefano Vieni. The second edition, on September 16, will feature Sin Color and ¡APARATO!

The Leviit Pavillion is located at 85 East Holly Street in Pasadena. For more information, visit www.levittpavilionpasadena.org.

¡APARATO! (@APARATOROCK): Taken from a Café Tacvba song, the English translation of ¡Aparato! is Machine! However, the name stands in stark contrast to what this group offers: a cry to feel things deeply, to let go of all terrestrial limitations and routines, and simply be held up by air. Post-punk(y), this ethereal rock band performs with traditional Mexican instruments and beats. 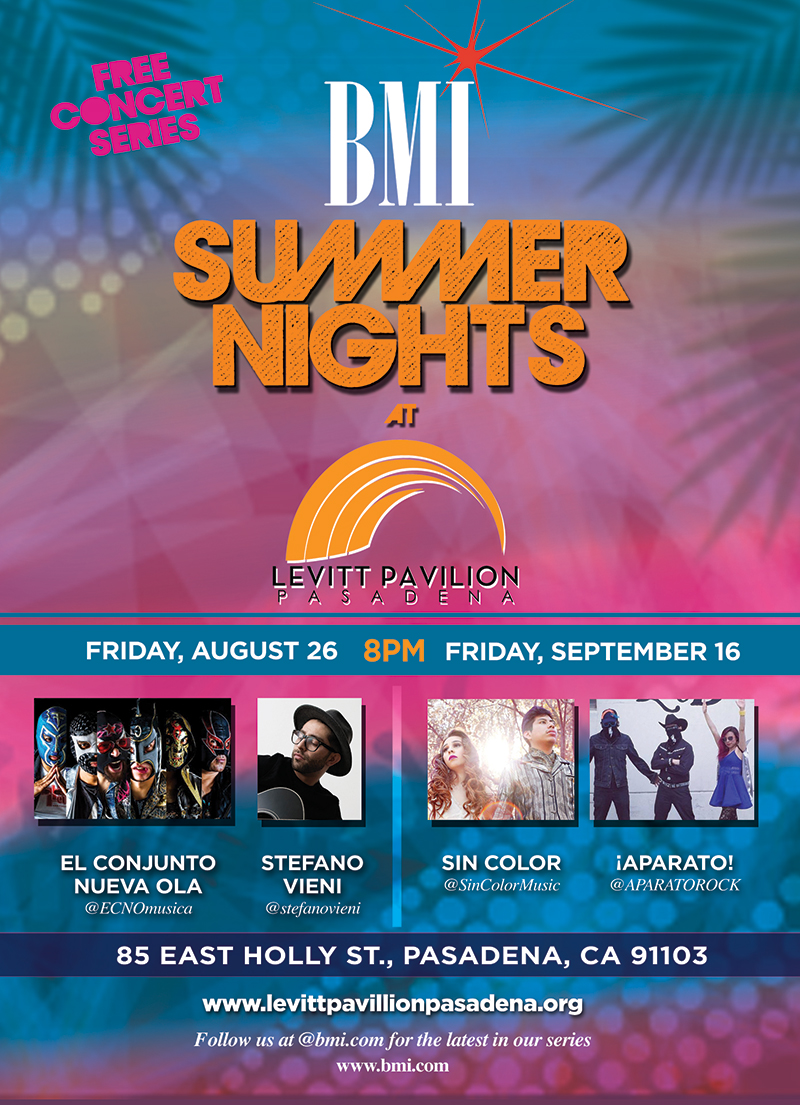