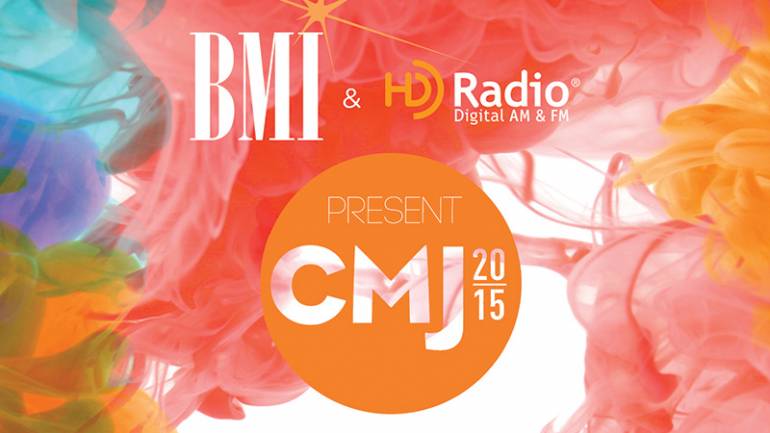 BMI, in partnership with HD Radio, has announced the line-up for its 2015 CMJ Music Marathon Festival showcase in New York City. In keeping with CMJ’s 35-year history of discovering new talent, BMI will highlight some of its new rising stars at the Knitting Factory (361 Metropolitan Avenue, Brooklyn, NY) on Tuesday, October 13. This not-to-be-missed showcase begins at 8:00 pm and is free for CMJ badge holders and $10 for the general public.

“Year after year CMJ continues to be one of the most trusted festivals for discovering new talent,” said Samantha Cox, BMI Assistant Vice President, Writer/Publisher Relations. “BMI songwriters are given the opportunity to perform in front of industry decision makers from around the globe, including music publishers, booking agents and record label executives. Allen Stone, Joywave and X Ambassadors are just a few success stories that have come from CMJ.”

For up-to-date information on BMI and the CMJ event, follow us on Twitter at @bmi. To see a complete line-up for the HD Radio/BMI showcase, please see below.

8:00-8:30 pm - Cultfever - The band has earned praise for both its fiery live show and recordings. Charting singles “KnewYouWell” and “Collector from their self-titled debut album (2011), garnered spots on CMJ Radio’s Top 200, and their latest single “Youth” is now available on Amazon and i-Tunes.

8:50-9:20 pm - Sizzy Rocket- After signing a publishing deal with Universal, the Brooklyn-based singer-songwriter is making a name for herself with her first full-length album, Thrills, on Yebo Music. Always pushing the boundaries, Rocket sizzles with the cheeky pop single “Bestie” and “synth-driven power-ballad” (Flavorwire) “Boy”.

9:40-10:10 pm - Audiodamn! - The German-based group recently signed with Epic Records after being discovered on Soundcloud. In September, their new single, “Lights Out,” debuted on Idolator and was described as “hook-filled and instantly catchy.”

10:30- 11:00 pm - Secret Weapons - Since launching in 2014, the New York-based duo has generated a loyal following with buzz to match. Outlandish live performances at venues such as Rough Trade, Webster Hall, and Bowery Ballroom and wilder after-party sets have people talking. The group’s new single, “Something New,” is quickly making its way across the blogosphere.

12:10-12:40 am - Chrome Pony - After years of performing and writing together, Nashville-based brothers Kyle and Tyler Davis continue to take their songs to new depths without a shred of pretense or hesitation. As winners of this year’s “Road to Bonnaroo,” Chrome Pony is rapidly becoming a band to watch. A new album is slated for release later this year to follow up their 2014 EP, You are the Pisces. 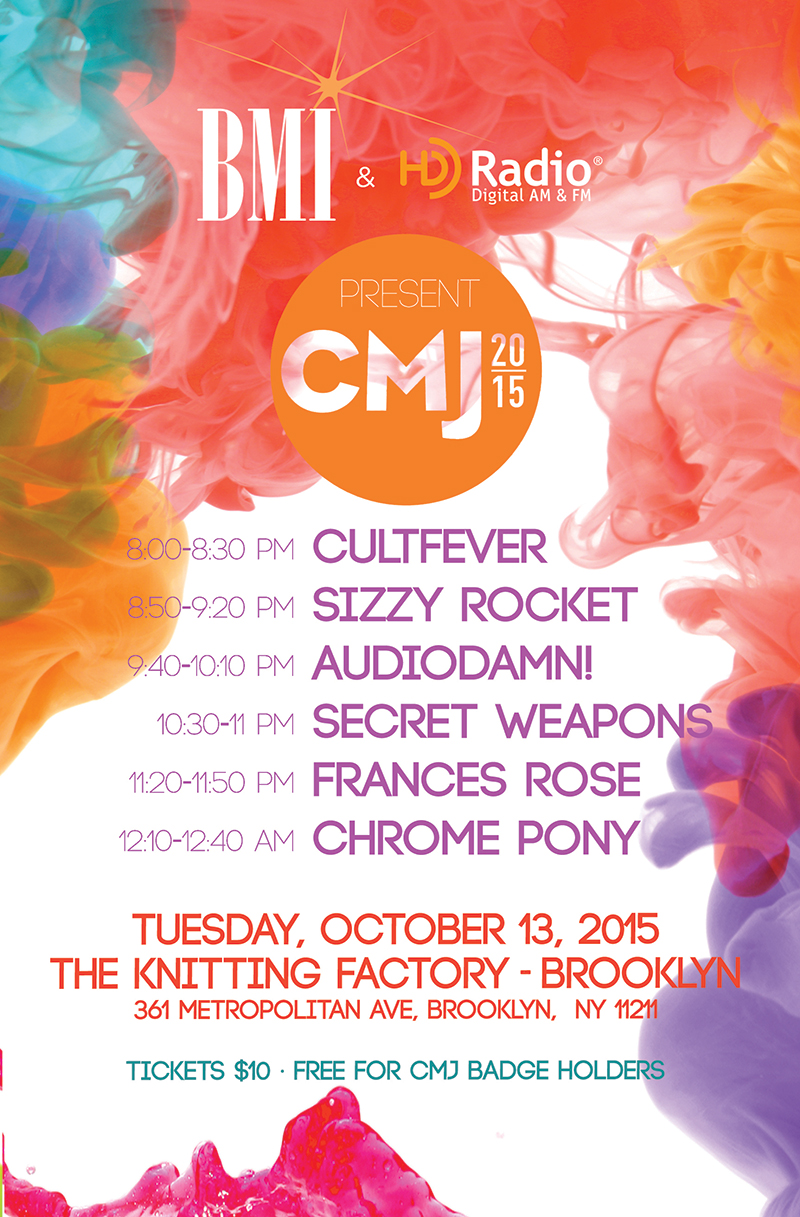