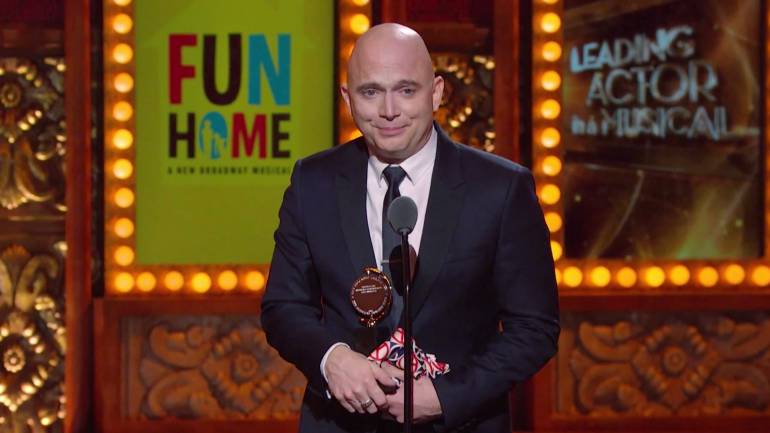 Last night, Broadcast Music, Inc. affiliate Michael Cerveris was honored with the 2015 Tony for Best Actor in a Musical for his work in the hit Broadway musical Fun Home. The play, adapted from a graphic memoir of the same name by Alison Bechdel, tells the emotional coming-of-age story of Bechdel and her often-complicated relationship with her father. The winners were announced in a live telecast from the storied Radio City Music Hall in New York City, with appearances by both on- and off-Broadway actors and actresses. Congratulations, Michael!