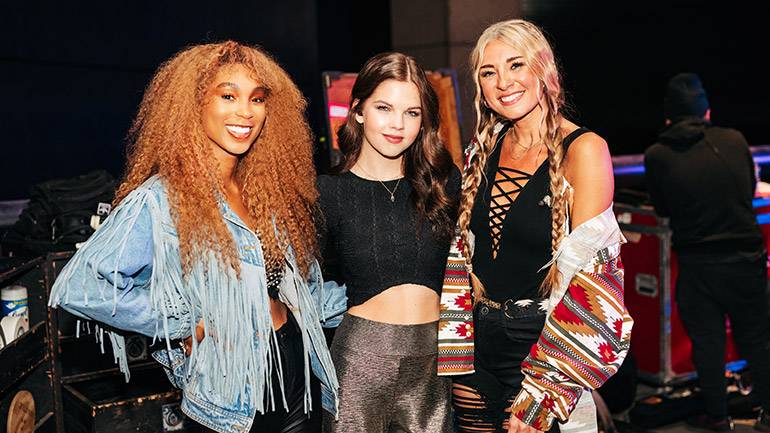 BMI wrapped up the 2022 season of their Rooftop on the Row series last night with a trio of ladies who brought the heat to the cold roof. Apple Music’s Country Riser member Julia Cole kicked off the evening with her songs “Side Piece” and “Best Worst Ex.” Cole surprised the audience and brought to the stage Nashville and Outer Banks actor and singer Charles Esten to perform their duet, “Worst Day.”

CMT’s Next Women of Country Class of 2022 member Callista Clark continued the evening performing songs from her debut album, “Real To Me: The Way I Feel.” The 18-year-old singer-songwriter gave a dazzling performance and sang tunes including “It’s ‘Cause I Am” and “Gave It Back Broken.”

Finally, Tiera Kennedy took the stage as the last act of BMI’s Rooftop on the Row for the 2022 season. Teen Vogue’s ‘Artist To Watch,’ sang her latest singles including “Found It In You,” “Alabama Nights,” and “Miles.” When she isn’t performing, she is a radio host on Apple Music Country’s, “The Tiera Show.”