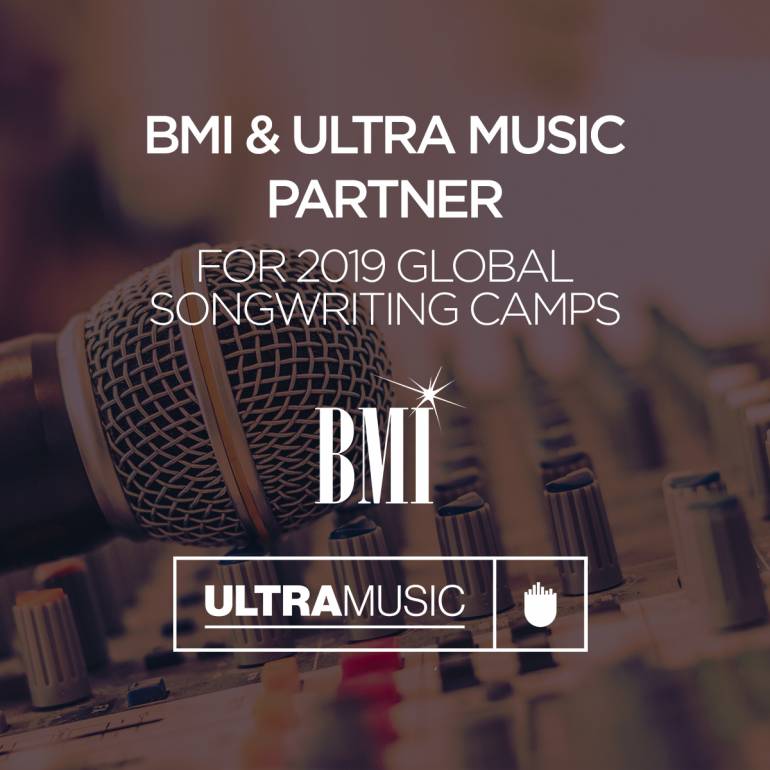 BMI is thrilled to partner with worldwide music organization Ultra Music for a series of global songwriting camps, giving its affiliated songwriters, composers and producers an opportunity to collaborate and refine their craft on an international scale. These camps will bring together emerging and established talent from all over the world to network, collaborate and potentially create the next big hit.

The first camp of the year, the UltraViolet Trailer Camp, recently took place in Palm Springs, California, with BMI songwriters Neil Ormandy, Koda, Grabbitz, and Martin Wave.  The next one will be in Copenhagen on March 11-March 14, with additional camps to take place throughout the year in Los Angeles surrounding Coachella (April), Atlanta (April), and in Amsterdam during ADE (October), with more to be announced.

Over the past year, Ultra Music has hosted camps around Coachella and ADE as well as in London, Stockholm (with Ten Records) and Palm Springs.

“BMI prides itself on the unique and specialized creative services that we provide for our affiliates,” said Samantha Cox, BMI’s Vice President of Creative, New York. “As a result of our songwriting camps and other networking initiatives, we’ve fostered numerous successful collaborations which have generated chart-topping singles and commercial favorites. We’re thrilled to partner with Ultra to expand this initiative and build on our previous successes here in the United States.”

“Ultra has been building a network of powerful writing camps, specializing in combining writers from different cultures and musical backgrounds for amazing results,” said Patrick Moxey, Founder and President of Ultra Music. “We welcome the involvement of BMI and their excellent writers. The song placement results have been extraordinary across camps in the US, UK, and Internationally and we look forward to the next level of growth for Ultra’s writers at the Ultra and BMI 2019 camps.”