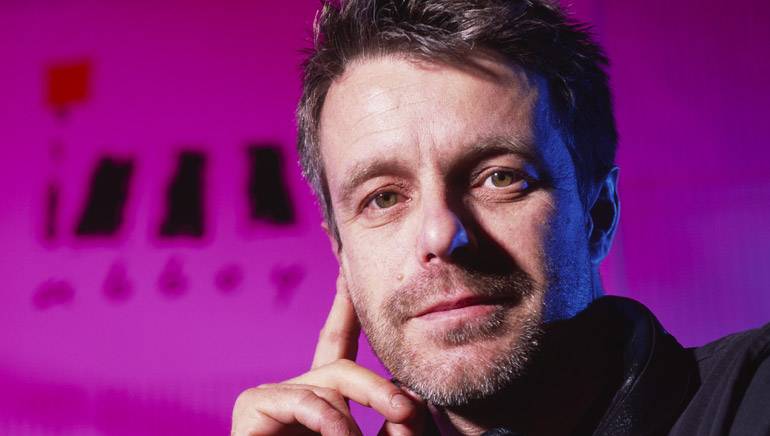 BMI is proud to announce that esteemed composer Harry Gregson-Williams will be named a BMI Icon at this year’s BMI London Awards. Gregson-Williams is receiving the honor in recognition of his unique and indelible influence on generations of music makers.  The private event will be held at the Dorchester Hotel on October 1, and will be hosted by BMI President and CEO Mike O’Neill.

In receiving this award, Gregson-Williams joins an elite group of composers and songwriters who have received the BMI Icon for their exemplary contributions to the art of music. Previous recipients include Sting, Graham Gouldman, Sir Tim Rice, Queen, Ray Davies, Van Morrison and Bryan Ferry, to name just a few.

“BMI welcomed me into their fold well over 20 years ago, just as I began my somewhat speculative journey as an inexperienced yet hopeful film composer in Los Angeles.  Their extraordinary support and encouragement has never wavered, both on a practical and personal level, and has always been something for which I am immensely grateful. Thank you, BMI!,” stated Gregson-Williams.

“Harry Gregson-Williams’ compositions bring the screen to life, and over the course of his illustrious career he’s made a lasting impression on music, film and television lovers across the globe,” stated O’Neill. “BMI had the pleasure of honoring him in the heart of the Hollywood film community in Los Angeles, and we’re so thrilled we can extend that tribute to the United Kingdom. We look forward to what we know will be a wonderful evening celebrating Harry and his prolific body of work.”

Gregson-Williams received the Richard Kirk Award at the 2006 BMI Film & Television Awards for his outstanding career achievements in film music including for films as diverse as Shrek, Man on Fire, Kingdom of Heaven, Spy Game, Chicken Run and The Chronicles of Narnia: The Lion, The Witch and the Wardrobe. Since then, the multiple-award-winning composer has continued to add to this varied portfolio, scoring films such as The Martian, The Equalizer series, The Meg, The Town, X-Men Origins: Wolverine, Total Recall, Bridget Jones: The Edge of Reason, Gone Baby Gone and Early Man. Future projects include the forthcoming live-action feature film Mulan scheduled for release in 2020. He has also scored video games such as the highly successful Metal Gear Solid series and the top-selling video game of 2014, Call of Duty: Advanced Warfare earning him various music gaming awards.

In addition to BMI’s Richard Kirk Award, Gregson-Williams has also been presented with 22 BMI film and television awards and received many prestigious honors including an Annie Award (2001), World Film Award (2005) and Satellite (2005). His numerous nominations include a BAFTA, Golden Globe, GRAMMY and World Soundtrack Award and this year marks his first Emmy nomination in the Outstanding Music Composition for a Limited Series, Movie or Special (Original Dramatic Score) category for “The Commuter” episode from Amazon’s sci-fi anthology series “Philip K. Dick’s Electric Dreams.”

The annual gala will also pay tribute to the U.K. and European songwriters, composers and publishers of the past year’s most-performed songs. The Million-Air Awards, Song of the Year, and awards for Pop, Dance, Film, Television and Cable Television Music will also be presented throughout the evening. Last year’s recipients include David Bowie, Queen, Ed Sheeran, Fraser T. Smith, Naughty Boy, Foals, Jamie Scott and MØ, and Bipolar Sunshine.