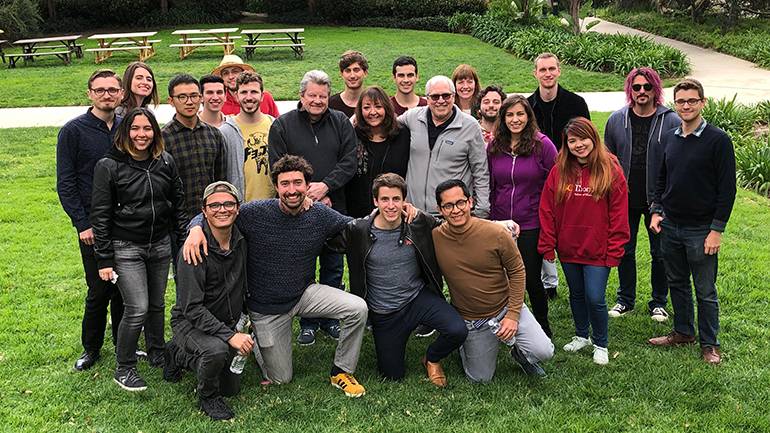 As part of The University of Southern California’s Scoring for Motion Picture & Television, a remarkable program overseen by Professor of Practice at USC Thornton School of Music, Dan Carlin that gives its students an edge in our competitive industry by providing the greater ability to communicate with audio professionals, BMI is very proud to continue to sponsor the instructional mixing program helmed by Emmy/GRAMMY-winner and 4-time Oscar-nominee Dennis Sands. With the aid of Dolby Atmos, a cutting-edge, surround-sound technology, Sands enriches his students’ creative arsenal by enabling them to mix their scores with three virtual dimensions of immersive audio.

On Saturday, March 23, Sands conducted another session of this groundbreaking program at his state-of-the-art studio in Santa Barbara. BMI’s Doreen Ringer Ross, Vice President Creative – Film, TV & Visual Media, was on hand as Sands shared his extensive expertise on the technical and creative art of recording and mixing music for motion pictures, television, and games with a group of twenty promising student and future composers. Sands also reviewed and critiqued cues mixed by each of the students.

A revered sound engineer with a sterling track record of achievement, Dennis Sands has worked his signature studio magic with some of BMI’s most celebrated composers, including Danny Elfman, Thomas Newman, John Powell and longtime collaborator Alan Silvestri.