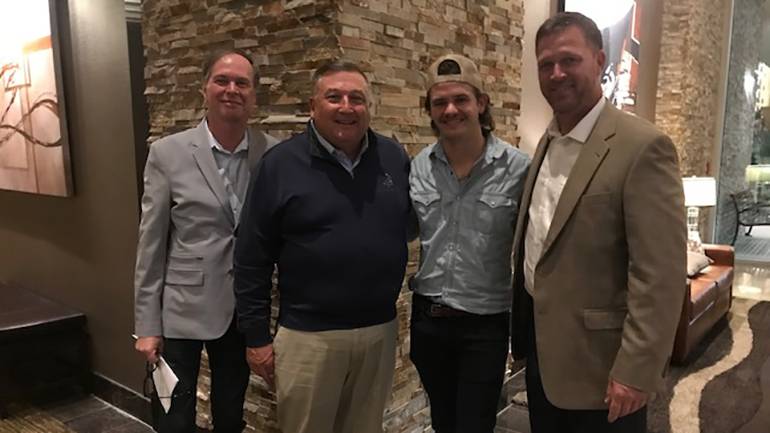 BMI songwriter Payton Smith performed at the Louisiana Restaurant Association (LRA) board dinner, held recently (11-8) at the Golden Nugget in Lake Charles, LA. Smith, who hails from Houma, LA, was well-received by his fellow Louisianians. Kicking off his set with a medley of country songs that have influenced him, he quickly delved into his own compositions including the singles, “Like I Knew You Would” and “That Ain’t That Song.” The evening was capped off with a standing ovation from the crowd.

The LRA was established in 1946 to advocate on behalf of the state’s foodservice and hospitality industry among elected officials and regulatory agencies.