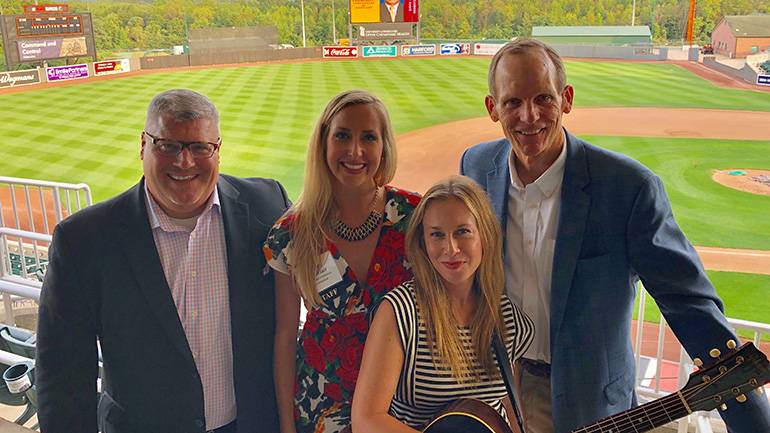 BMI singer-songwriter Toby Lightman took center stage at the Maryland Retailers Association’s 2019 awards dinner held recently (9/10) at Ripken Stadium in Aberdeen, MD. The Brooklyn-based artist helped the trade association honor a group of luminaries that have helped support Maryland’s retail industry by delivering an intimate performance that tapped into her broad repertoire of songs that have appeared on television shows such as Bones, One Tree Hill, Desperate Housewives and Vampire Diaries. Toby has also performed on various national TV shows, such as the Late Show with David Letterman, Late Night with Conan O’Brien and NBC’s Today Show, while sharing the stage over the years with iconic artists such Rob Thomas, Jewel, Train and Prince. The MRA is dedicated to the interests and progress of Maryland’s retail and business industries.