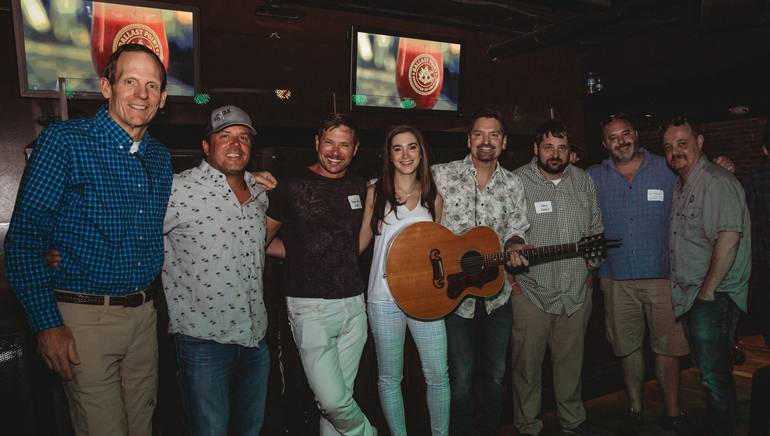 BMI partnered with the Tavern League of Colorado recently (4/29) to provide the musical entertainment at the trade association’s annual Bar & Restaurant Expo. The event, which was held at the Cowboy Lounge in Denver, is designed to connect vendors and sponsors with the decision makers from locally owned bars, clubs and restaurants.  BMI songwriter and independent recording artist George Ducas performed for the large group of Colorado bar and restaurant owners, playing the hit songs he has written for country giants like Sara Evans, the Eli Young Band, George Jones and Garth Brooks, as well as dipping into his own artist catalogue featuring a number songs that have topped the Texas charts.