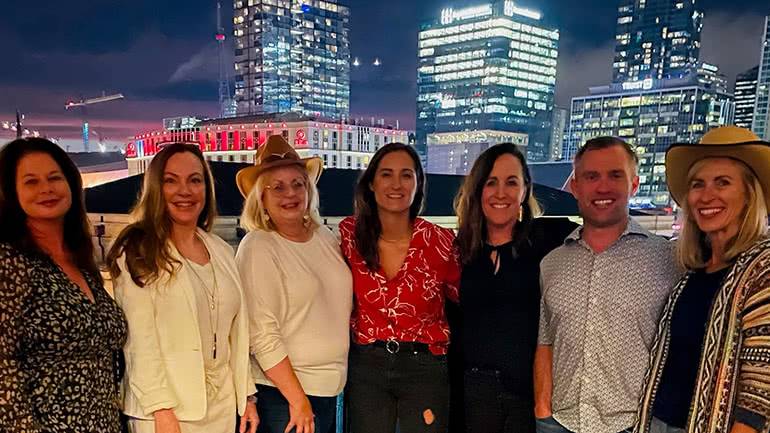 BMI singer/songwriter Angie K was the featured musical entertainment at the closing dinner for the International Planned Music Association (IPMA) fall conference held recently (10/12) at The Diner in Nashville, TN. The IPMA fall conference attendees were comprised of Mood Media Corporate Executives, suppliers, and franchisees from across the United States and Mexico. This was the first time the group had met in-person since COVID.

Angie’s last three singles have each hit over a million streams and have been added to some of the biggest playlists on both Spotify and Apple Music. A past contestant on NBC’s The Voice, Angie has shared the stage with artists like Big & Rich, Tanya Tucker, Sammy Kershaw, Trace Adkins, Melissa Etheridge, and Jake Owen.