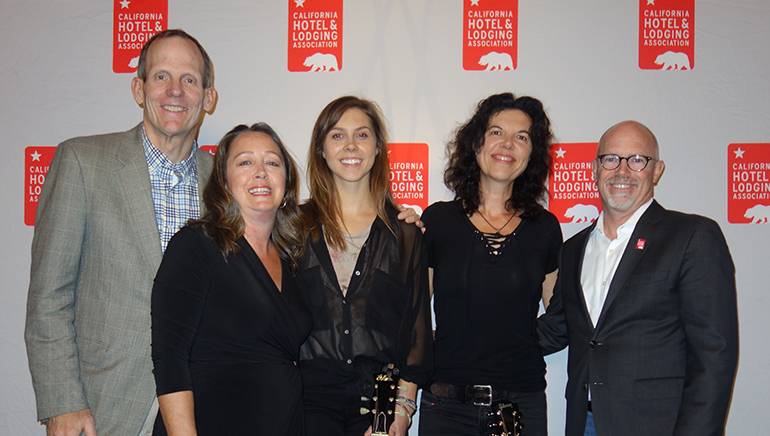 BMI helped the California Hotel & Lodging Association celebrate their 125th anniversary at the legendary Hotel Del Coronado recently (11/27) by sponsoring a performance from the LA-based duo Roscoe & Etta. The Triple A act, comprised of BMI songwriters Maia Sharp and Anna Schulze, performed in front of California hotel owners and executives who were on hand for the CH&LA’s winter board meeting. The two singer-songwriters met at LA’s iconic venue the Hotel Cafe last year, and decided to come together as a duo shortly thereafter. Schulze has been a touring independent artist for the last several years and has penned a number of songs that have appeared on network television and cable shows. Sharp has enjoyed a successful career as both a label and independent recording artist and has written and produced songs for Bonnie Raitt, the Dixie Chicks, Cher and Art Garfunkel, amongst others. Roscoe & Etta’s self-titled debut album was released earlier this year.