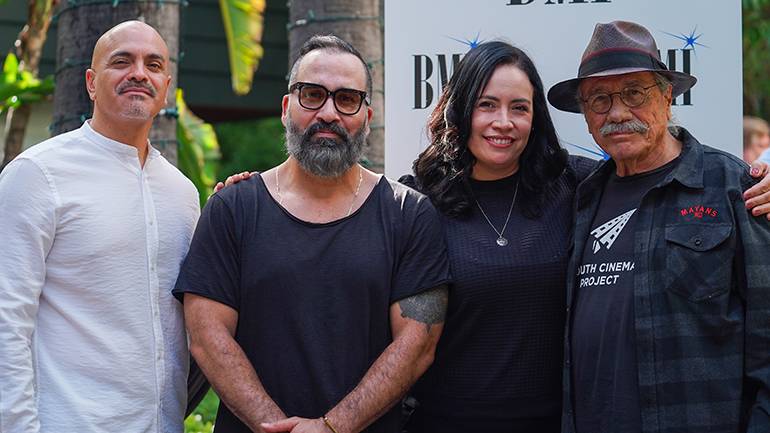 BMI partnered with the Los Angeles Latino International Film Festival (LALIFF) to host “Hora Feliz” on Thursday, June 2nd,  at The Hollywood Roosevelt hotel in Los Angeles. The mixer brought together industry professionals within the scope of music, film and television. BMI’s VP of Creative, Alex Flores, and VP of Creative, Latin, Jesus Gonzalez attended the event and were joined by the co-founder of LALIFF, actor, director, producer and activist, Edward James Olmos.

Additionally, BMI produced a series of panels which premiered during the festival, on June 2nd. The “Women in the Music Industry” panel was led by BMI’s Alex Flores and featured an intimate conversation with Billboard’s Leila Cobo, a leading a powerhouse expert in Latin Music, who shares her experiences while navigating through the music industry. The “Music X Film” panel was moderated by BMI’s Teresa Romo and featured a conversation with music editors Tom Kramer and Anele Onyekwere, and BMI composers David Murillo and Maria Vertiz, who discuss their journey, share their unique perspectives, and collaborative ventures when combining music and film.

BMI is a proud sponsor of LALIFF and applauds their mission to showcase Latino talent.