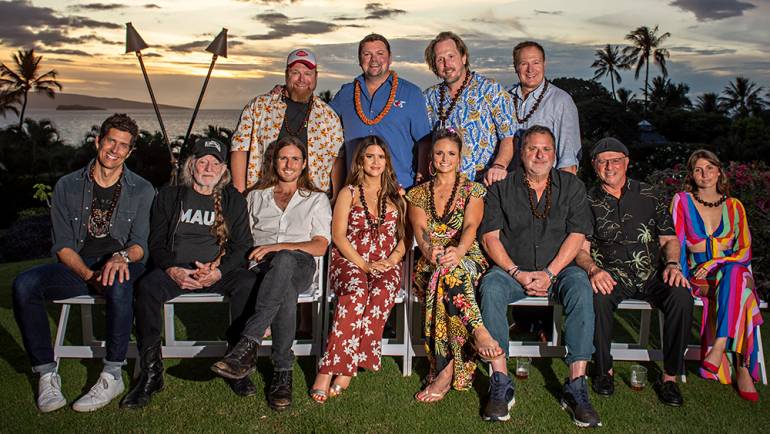 BMI presented an all-star lineup for the fifth annual Maui Songwriters Festival on the lush island of Maui, HI December 5-7. This one-of-a-kind festival puts a spotlight on the art of songwriting with intimate acoustic sets from Nashville’s top songwriters scattered across the island. This year’s lineup was co-headlined by country music superstars and Maui Songwriters Festival veterans Miranda Lambert and Maren Morris and supported by a slew of hit BMI songwriters including Dustin Lynch, Randy Houser, Lukas Nelson and more.

Friday evening featured an evening of stories on the oceanfront for BMI’s signature event “How I Wrote That Song.” Held on the grounds at the Fairmont Kea Lani, Morris and friends regaled attendees with the stories behind some of their hit songs, including a performance of Lambert’s latest single “Bluebird,” by hit writer Luke Dick. The song impacted radio just a few days later.

BMI concluded the festival with a powerhouse lineup at the Maui Arts & Cultural Center, anchored by Lambert and Morris. The evening highlighted Nashville’s signature writer-in-the-round style performances with a packed house eager to hear acoustic sets from Lynch, Houser, Nelson, Maui native Lily Meola, and more, as well as a surprise performance from the legendary Willie Nelson.