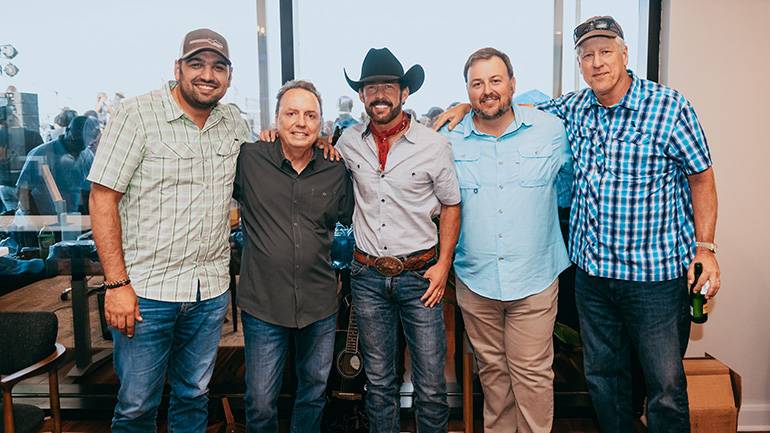 On Tuesday evening, June 25, BMI once again hosted its popular Rooftop on the Row series at the Company’s Nashville office. The third show of this year’s summer series featured up-and-comer Faren Rachels and Texas-native Aaron Watson. To kick off the evening, Rachels delivered her brand of rowdy country to a crowd of industry insiders, and included a performance of her latest single “On Paper.”

Closing out the evening was Aaron Watson, who has a new album out this week entitled Red Bandana. Performing his perennial favorites and new songs including “Kiss That Girl Goodbye,” Watson brought his Texas swagger to the BMI terrace and finished out the set with his BMI award-winning song, “Outta Style.” Fans can catch Watson on tour through the summer.

The next installment of Rooftop on the Row will be Tuesday, July 23, and will feature performances from Troy Cartwright and Maddie and Tae.