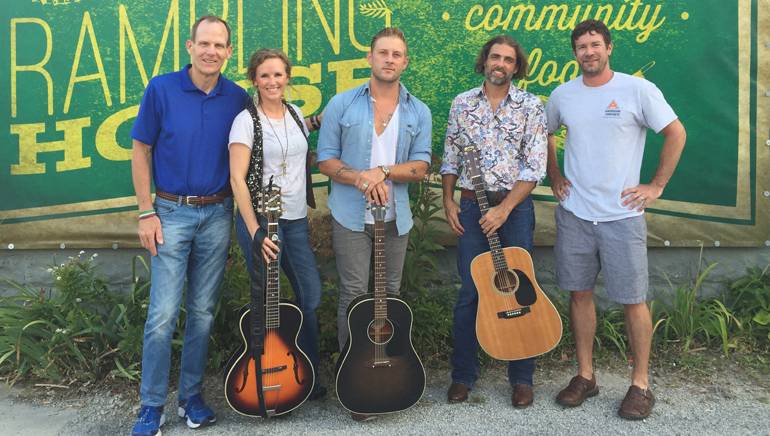 The BMI Nashville Songwriters Tour rolled through Kentucky and Ohio recently (8/19-8/21), performing at several BMI licensed venues that have been very supportive of BMI songwriters and publishers over the years. The tour was a collaborative effort between BMI, the Kentucky Restaurant Association, the Ohio Restaurant Association and the Ohio Hotel & Lodging Association. The songwriters show, which featured Nashville hitmakers Kristen Kelly, Clint Daniels and Jimmy Stanley and made stops at Against the Grain in Louisville, KY, The Rambling House in Columbus Ohio and the Pigskin Grille in Athens, OH, were as much about the stories behind the songs as the music itself. The tour was designed to not only give the audience a special look inside the songwriting process, but also to give back to a group of venues that have helped fuel the creative process in Nashville through the licensing fees they pay to BMI and to thank the state associations for their longtime partnerships with BMI. Clint Daniels has written hit songs for Joe Nichols, Montgomery Gentry, Brooks & Dunn and Josh Thompson, amongst others. Kristen Kelly was formerly a part of the Arista Nashville roster and currently tours nationally as an independent singer-songwriter. Jimmy Stanley is a singer-songwriter and actor who has shared the stage with Ronnie Milsap and Sam Hunt and has appeared in CMT’s Nashville, as well as A & E’s Crazy Hearts Nashville.