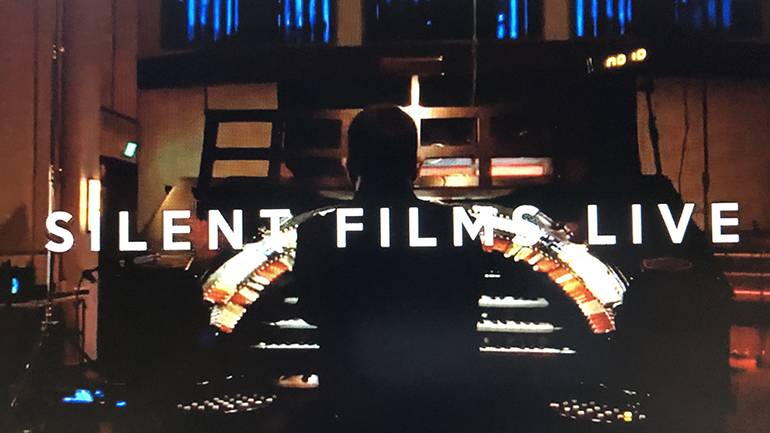 Over the weekend, Education Through Music-Los Angeles presented a stunning virtual concert entitled “Silent Films Live: Halloween Uncanceled.” The BMI-sponsored event was filmed at Blake Neely’s Cow on the Wall Studios, as well as Bandrika Studios, which is owned by BMI composer Nathan Barr and features a state-of-the-art facility custom-built to showcase Hollywood’s original 1,500 pipe Wurlitzer organ. The pipe organ, dating back to 1928, previously resided on the Fox Studios lot and was used in classic film scores including Journey to the Center of the Earth, Patton, and The Sound of Music, as well as many other iconic films.

Hosted by Angel Velez, award-winning conductor and Education Through Music-Los Angeles Associate Board member, the star-studded event brought together highly-acclaimed film, television, and visual media composers to reimagine new scores to six classic silent films, performed by the Hollywood Studio Chamber Orchestra. The BMI composers who participated include Nathan Barr (Der Golem), George S. Clinton (Nosferatu), Kevin Kiner (The Phantom of the Opera), and Lisbeth Scott (A Trip to the Moon), with a special video appearance on the value of music education from Blake Neely.