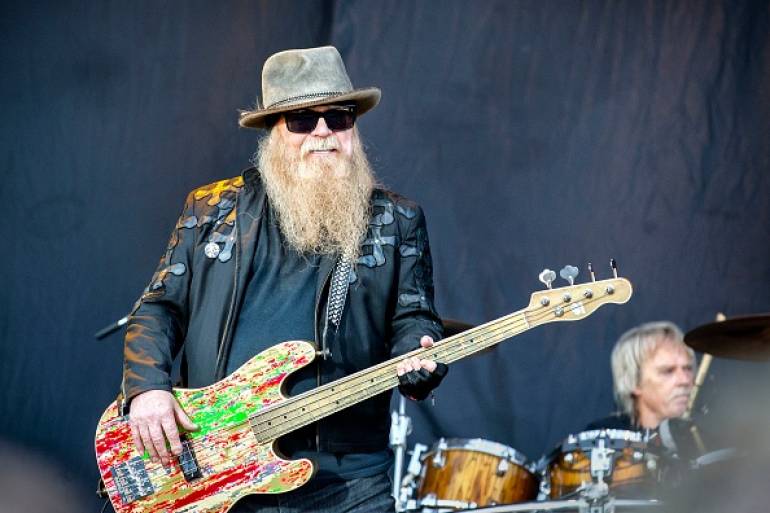 BMI was saddened to learn of the passing of Joseph “Dusty” Hill, longtime bass player and songwriter of ZZ Top, whose death at the age of 72 was announced on Wednesday. Boasting a sound as immediately recognizable as their signature image of long, shaggy beards, ZZ Top perfected a distinctive blend of blues-based hard rock with an irrepressible groove. First surfacing in the early `70s, the enigmatic Houston trio unleashed a string of hit records such as Rio Grand Mud, Tres Hombres, and Fandango!, delivering singles like “La Grange,” “Tush,” “Cheap Sunglasses” and many others. As one third of one of the longest-running line-ups in rock history, Dusty Hill played bass and keyboards, co-wrote songs and occasionally sang lead vocals alongside vocalist/guitarist/songwriter Billy Gibbons and drummer/songwriter Frank Beard (ironically the only member without facial hair) for over half a century.

ZZ Top enjoyed a massive second wind in their second decade with their 1983 album Eliminator, releasing a clutch of soon-to-be classic singles like “Sharp Dressed Man,” “Legs” and “Gimme All Your Lovin’,” and cementing themselves at the forefront of a new generation via their groundbreaking music videos. Inducted into the Rock and Roll Hall of Fame in 2004, ZZ Top released 15 studio albums and sold an estimated 50 million albums worldwide.

Dusty Hill will be sorely missed by his friends, fans and family at BMI.