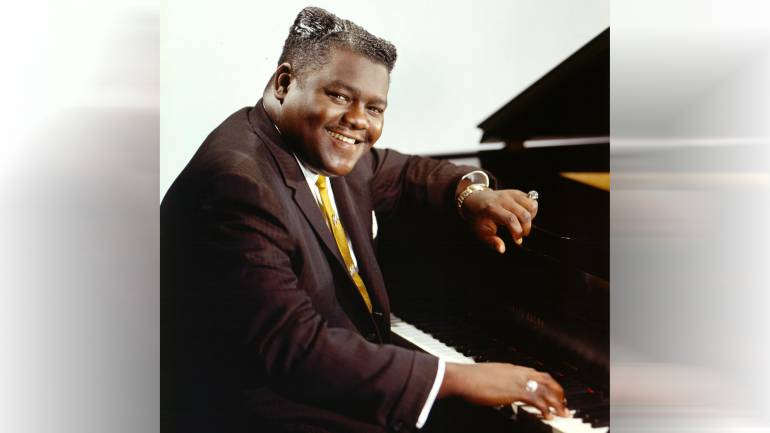 BMI is deeply saddened by the loss of one of our longtime affiliates and a pivotal figure in the history of rock ‘n’ roll, the inimitable Fats Domino, who passed away today at age 89. Renowned for his dancehall-style piano playing, Domino wrote and recorded songs that melded elements of his native New Orleans’ rhythm and blues, augmented with bass, saxophone, drums and electric guitar. With his playfully romantic lyrics and the infectious lilt of his voice, he forged a signature rock ’n’ roll sound that rendered Domino just as prominent a figure as his friendly rival Elvis Presley.

As a wildly successful artist in the 1950’s (five of his records released prior to 1955 sold over a million copies and were certified gold) and into the early 1960’s, Domino was a pioneer in bringing rock’n’roll to a wider audience, with his name routinely occupying the tops of the R&B and pop charts. Working with co-writer, producer and arranger Dave Bartholomew, Domino crafted and recorded key singles like “Ain’t That A Shame,” “I’m Walkin’,” “I’m In Love Again,” “Blue Monday,” and his 1956 cover of “Blueberry Hill” that not only solidified him a consummate hitmaker, but an incalculable influence on a future generation of significant songwriters like John Lennon, Paul McCartney, Elton John, Billy Joel and many more.

Often further spicing his New Orleans-honed sound with aspects of country and big-band jazz, Domino remained a versatile, big-hearted and humble artist throughout his career, spending most of his life in his beloved Louisiana. An inductee in the Rock & Roll Hall of Fame, the Rhythm & Blues Hall of Fame, the Louisiana Music Hall of Fame, the Delta Music Museum Hall of Fame and a recipient of the National Medal of Arts, Fats Domino was one of the most revered musicians of his generation. He will be deeply missed by his friends, fans and admirers at BMI.