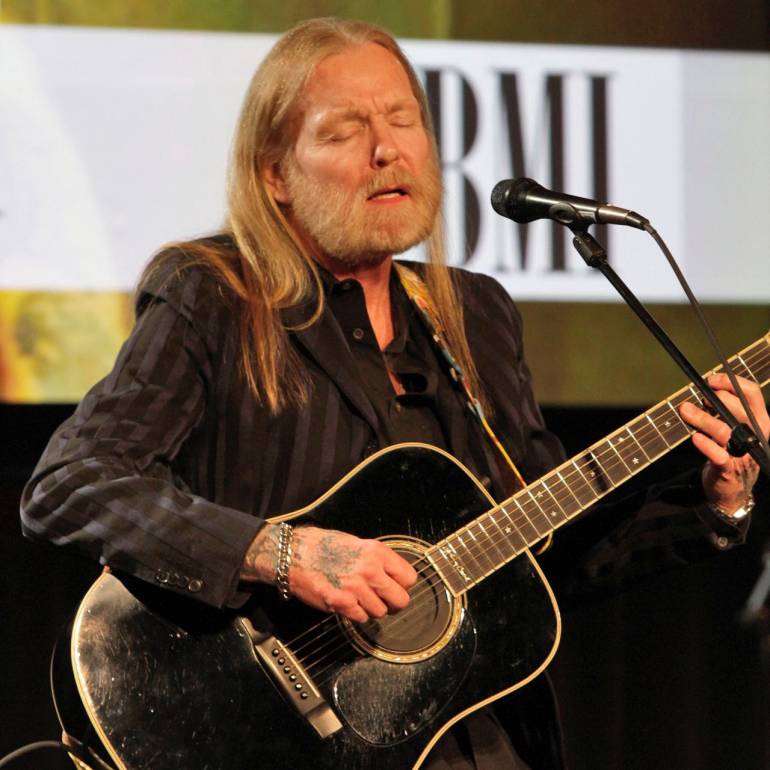 Gregg Allman performs after being honored at the 67th Annual BMI Board of Directors NAB Dinner, held on April 14 2015 in Las Vegas. Photo: Juan Tallo

BMI is saddened by the loss of legendary singer/songwriter Gregg Allman, who passed away on Saturday, May 27, at his home in Savannah, GA, at age 69. Co-founder of the signature southern rock ensemble, The Allman Brothers Band, in 1969, Allman helped set a template for generations of bands to emulate. Flanked by his older brother Duane and a diverse array of versatile players, Gregg co-helmed the Allman Brothers Band as it explored all aspects of rock, blues, folk, jazz, R&B and country music, marked initially by Duane Allman’s incendiary guitar playing and the ensemble’s penchant for wild, improvisational jams. Their unmatched gift for same was singularly captured on their landmark live album, At the Fillmore East, featuring such classic recordings as a blistering, 23-minute rendition of “Whipping Post.”

Despite the tragic death of his brother Duane in a motorcycle accident in 1971, Allman decided to carry on with the Allman Brothers Band, releasing another pivotal album in 1972, Eat a Peach. A tribute to his fallen brother, the album was a massive success, peaking at number four on the Billboard Top 200 Pop Albums chart, later being certified as platinum. To this day, songs from Eat a Peach are cemented in the firmament of classic rock radio. After the band initially split in the mid-70’s, Gregg pursued a solo career as a singer/songwriter, furthering his storied reputation as a formidable live performer. He reconvened the Allman Brothers Band in 1989 and became a high-grossing touring staple. In 2011, Allman released an acclaimed album, produced by T-Bone Burnett, Low Country Blues. More recently, Allman had been collaborating with producer Don Was at Fame Recording Studios in Muscle Shoals, AL.

Over the course of his august career, Allman was inducted into the Rock and Roll Hall of Fame in 1995, inducted into the Georgia Music Hall of Fame in 2006 and earned a Lifetime Achievement Award from the GRAMMY Awards in 2012. In 2015, Allman was honored at the 67th Annual BMI/NAB Dinner during the National Association of Broadcasters Convention for his singular contributions to the canon of American music.  His hits, including “Melissa,” “Whipping Post” and “Midnight Rider,” have accrued millions of performances, with the latter also earning him a 1981 BMI Country Award.

Gregg Allman will be profoundly missed by his friends at BMI.