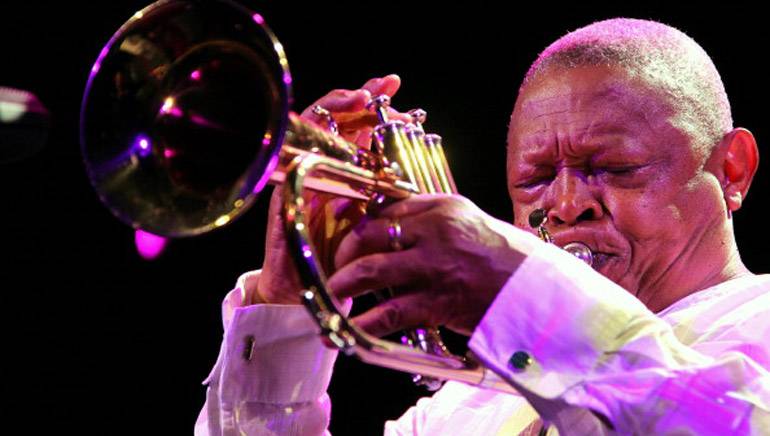 BMI is saddened by the news that trumpeter, composer, flugelhorn player, bandleader, singer and political activist Hugh Masekela has passed away at the age of 78. The legendary South African jazz musician recorded more than 40 solo albums in his storied career, while also collaborating with countless diverse musical icons including Louis Armstrong, Miles Davis, Harry Belafonte and Paul Simon. Masekela, who penned the hit “Up, Up and Away,” as well as the anti-apartheid anthem “Bring Home Nelson Mandela,” among other acclaimed recordings, also made a name for himself performing alongside such musical stalwarts as Janis Joplin, Otis Redding, Ravi Shankar, The Who and Jimi Hendrix.

Masekela had a unique and compelling musical gift in every sense of the word. He will be remembered with a smile by his friends and fans at BMI.