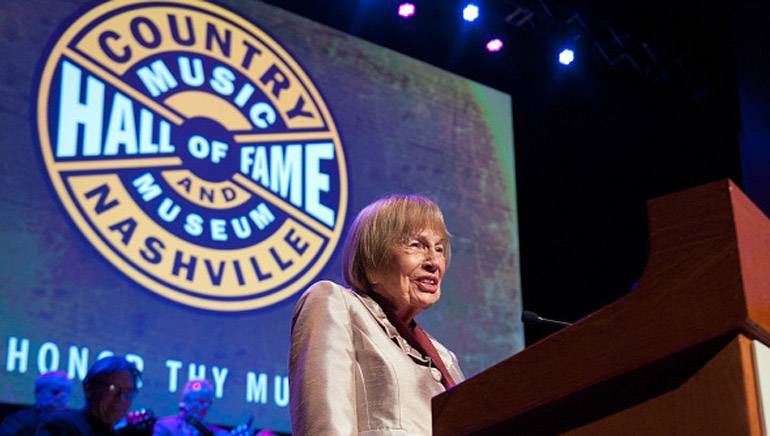 BMI is saddened by the loss of one of country music’s true matriarchs, Jo Walker-Meador, who passed away this morning at the age of 93. As the 30-year executive director of the CMA, Walker-Meador was not only an influential role model for women in Nashville’s music industry, she was an unwavering advocate for country music in general, escalating the number of radio stations playing the genre from less than 100 to an unprecedented more than 2,000. She also played a major role in the broadcast of the CMA Awards, making it the first music awards ceremony presented on national television. Elected to the Country Music Hall of Fame in 1995 for her work, Walker-Meador was also given a prestigious star in the Music City Walk of Fame in 2008.

Jody Williams, BMI’s Vice President of Creative in Nashville, remembers her legendary demeanor and vast accomplishments, saying “Jo was an inspiration to a couple of generations of artists and executives in Nashville’s music industry. Along with dear friend Frances Preston, former President and CEO of BMI, Jo was responsible for creating community among all the businesses on Music Row. She led by example, was smart as a whip and accomplished so much for the CMA - securing the organization as the premiere country music trade association in the world. And she did all of this as one of the few female executives in the business, working with and leading hundreds of male business leaders. In addition, she always greeted you with a big smile and was a natural born nurturer.”

Jo Walker-Meador will be sadly missed by the BMI team in Nashville and beyond.