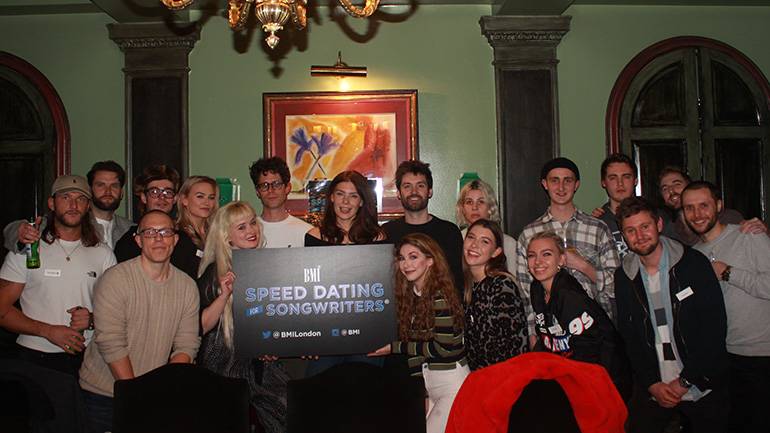 Earlier this month, BMI’s London office hosted their first ‘Speed Dating for Songwriters®,’ a program developed to foster creative collaboration among some of the Company’s most promising songwriters, producers, and artists, whose paths may not have otherwise crossed. Having already been successful in BMI’s Nashville, LA and New York offices, the event enables 12 to 15 participants to meet, get acquainted, and listen to each other’s music. After the event, the writers are then split up into groups of three or four and are tasked with writing a song, which they will then showcase six to eight weeks later in front of their peers and BMI’s Creative team. The participants included NOMERO, Ben Collier, Jake Alder, Vaughan, Karl Zine, Maike, July Jones, Oh Em, Louis Ryan, Jess Spink, Tinx, Tylr Rydr, Izzy Warner and Rayowa.