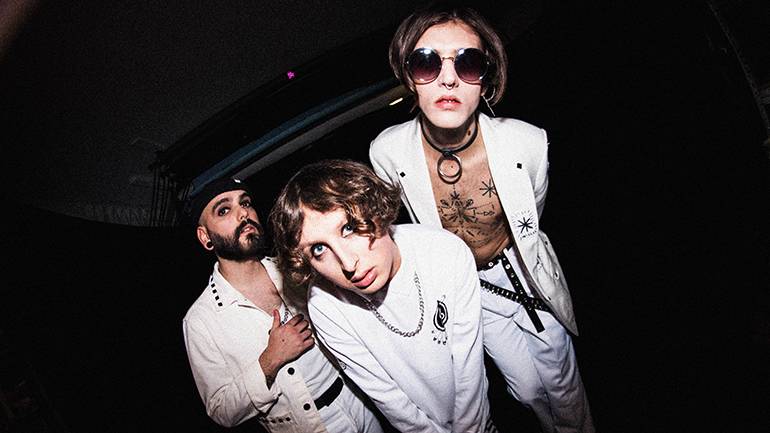 “The tone is frantic, and the vibe is electric,” is how American Songwriter described Tribe Friday, a versatile Swedish band that marries rugged dancehall and garage rock sounds with witty, charming lyrics. Made up of Noah Deutschmann (guitar, lead vocals), Isak Gunnarsson (guitar) and Robin Hanberger Pérez (bass), Tribe Friday released their self-produced debut LP, bubblegum emo, in early June. The 10 tracks are in turns gritty and self-deprecating, weaving in themes of identity, confusion, love, and death. “Shut Me Up,” the first charting single, is a song about, as Deutschmann writes on Instagram, “A first date story about finding yourself with someone on a higher wavelength, someone way cooler than you … and then trying to keep up.” Speaking of keeping up, Tribe Friday was invited to perform “Shut Me Up” at Melodifestivalen, the Swedish competition to decide their Eurovision entry, and the song rocketed straight into the top 30 and now has well over a million combined streams. The band has also been highlighted on Spotify’s New Music Friday, Apple’s New Music Daily, Amazon’s Fresh Indie, and many more.