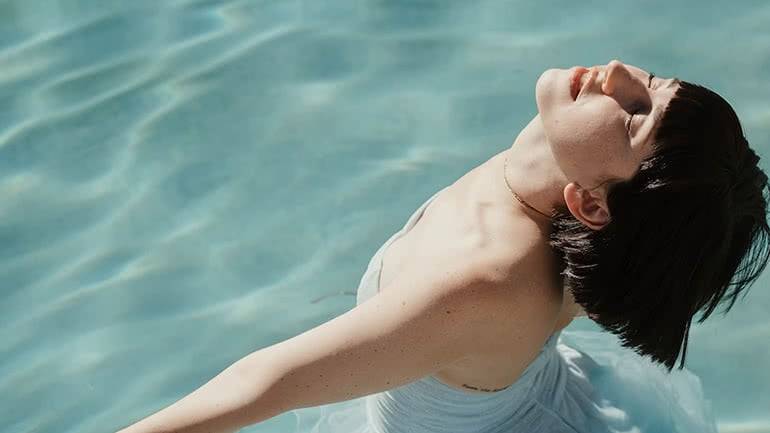 The Sunshine State is a new project from LA songwriter Skyler Stonestreet that combines top-notch songwriting with meticulous indie production. Stonestreet has experienced a whirlwind few years, penning hits for artists like Ariana Grande, Justin Bieber, Dua Lipa, Tate McRae, Dove Cameron, The Chainsmokers, Marshmello, and many others, and also releasing a slew of well-received singles under her own name. Born in Vegas, Stonestreet moved to LA after graduating high school to pursue a career in music and is a cancer survivor, which has given her an even bigger purpose: “It doesn’t define me, but now I want to help other people who are going through it. I want girls to know that they should feel okay in their own skin.” The Sunshine State feels like a true representation of Stonestreet as an artist in her own right and signifies an altered state full of dreamy landscapes, distorted guitars, live instruments, and ambient vocals. Her debut EP, In Another Life, is out now.