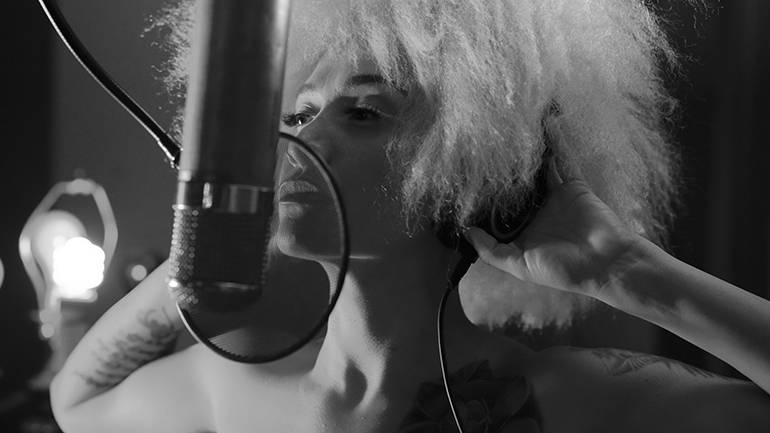 Lady Blackbird didn’t mean to soundtrack a revolution, but last spring, that’s exactly what she did. On May 27th, 2020, Los Angeles-based singer Marley Munroe released her debut single, “Blackbird,” a cover of the Nina Simone track from which she created her stage name. By her early teens, Lady Blackbird was travelling to and from Nashville as an artist signed to a Christian label, but upon turning 18, she ended her record deal, moved to New York, and began working with industry stars like Jimmy Jam, Terry Lewis, Sam Watters, Louis Biancaniello, Tricky Stewart, and the Heavyweights. Now, “the Grace Jones of Jazz,” as dubbed by BBC’s Gilles Peterson, is ready to present her debut album, Black Acid Soul. Minimal yet rich, classic yet timely, the album connects backward to Miles Davis and forward to Pete Tong and even Victoria Beckham (Matthew Herbert’s remix of LB’s “Beware the Stranger” sound tracked the designer’s Spring/Summer 2020 fashion show). She isn’t the Nina Simone of the Black Lives Matter era (she certainly wouldn’t call herself that), but she is an unstoppable talent and a force of nature. Her song “Collage” has been remixed by artists/producers including KDA, Greg Foat, and Calibre, and so far this year, she released additional singles like “It’s Not That Easy” and “It’ll Never Happen Again.” Proudly a member of the LGBTQ+ community, Lady Blackbird is one of the most exciting new voices of the year, and some of her new album was even recorded in Studio B (otherwise known as Prince’s room) inside the iconic Sunset Sound studio. Black Acid Soul is available now.