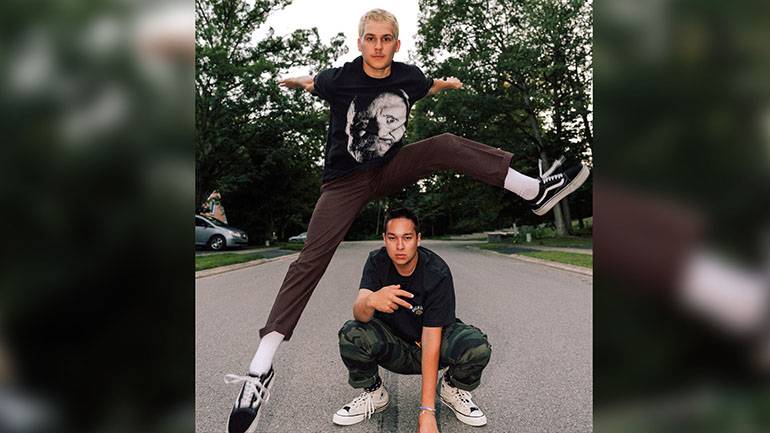 Joey Valence & Brae met at Red Lobster and the rest is history. The duo, alternatively known as JVB, is a hip-hop act reminiscent of the Beastie Boys and other 90s underground hip-hop acts. JVB are known for their inventive and creative videos, among them “Startafight” which included shots filmed on a doorbell camera, and “Punk Tactics,” which was shot on a Nintendo DS. Earlier this year, they performed their song “Double Jump” on The Ellen Show, played the BMI Stage at Lollapalooza 2022, and launched a headlining tour that will run through September 18. As part of their slate of 2022 performances, the viral TikTok sensations played PUKKELPOP in Belgium in August and have performed (or will be performing) at festivals including Oceans Calling in Maryland, Aftershock in Sacramento, Firefly Fest in Delaware, Riot Fest in Chicago, and Reading and Leeds, both in the UK. Their most recent single, “watch yo step,” was released on August 5 ahead of their European tour, which will begin in November (dates and tickets available now).