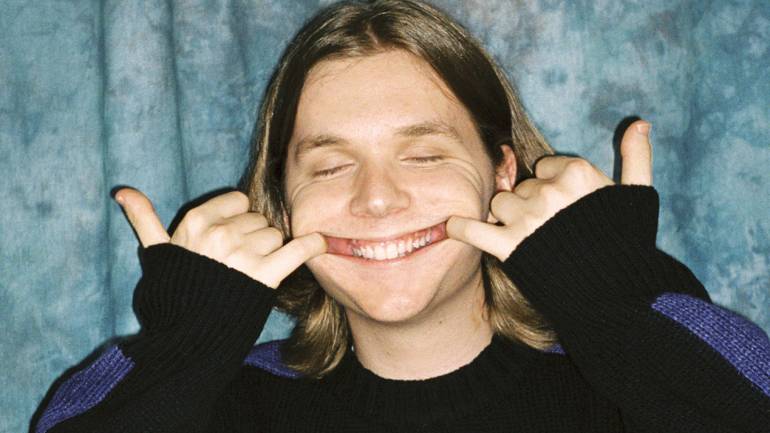 Bay Area-bred songwriter/multi-instrumentalist, JAWNY (formerly known as Johnny Utah), makes music that lives outside the limits of modern-day “bedroom pop.” A self-taught producer–he started guitar at the age of six–with a knack for creating addictive melodies, he instills each song with raw emotion, humor, and elements of soul, funk, and R&B. Now at work on his debut project for Interscope, JAWNY channels his heart-on-sleeve sincerity and goofball sensibilities into tracks like “Anything You Want” and “4Tounce.” His 2019 single, “Honeypie,” has exceeded 62 million streams on Spotify alone, and his newest release, “Sabotage,” dropped in August. JAWNY’s untamed creativity and joyful mayhem come through in his live shows, which feature his two best friends on bass and drums, and he says his ultimate mission is to make people feel good. “At the moments when I’m not feeling good myself,” he says, “it makes me feel better to know that my music’s out there in the world, making someone else happy.”